RUSSIALINK: “What Is Russia’s Role in the Armenia-Azerbaijan Conflict?” – Moscow Times

(Moscow Times – themoscowtimes.com – Sept. 28, 2020) At least 39 troops and civilians have been killed over the past two days in the worst clashes between foes Armenia and Azerbaijan since 2016. Fighting between the ex-Soviet republics over a decades-long territorial dispute threatens to embroil regional players Russia and Turkey. The United States, Europe, Russian President Vladimir Putin and […] 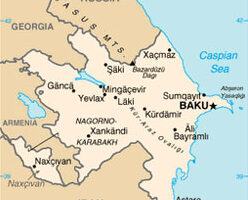 NEWSWATCH: “Saint Nick of Armenia: how protest leader Nikol Pashinyan ‘rescued’ Armenia and made it merry; Armenia’s intensive street mobilisation over the past month has taken many by surprise. Who is the man at the centre of these protests? [Excerpt]” – OpenDemocracy/Emil Sanamyan 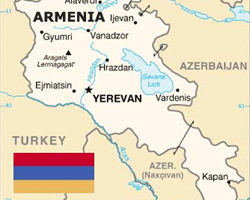 (opendemocracy.net – Emil Sanamyan – May 5, 2018) Based in Washington DC, Emil Sanamyan writes mostly about the South Caucasus region and its adjacent states. Recently, he has been editing the Focus on Karabakh page at the USC’s Institute of Armenian Studies and blogging about Armenian politics at Eurasianet.org. [Complete text: opendemocracy.net/od-russia/emil-sanamyan/saint-nick-of-armenia-how-nikol-pashinyan-rescued-armenia-and-made-it-merry] Four months ago, Armenian parliamentary deputy Nikol Pashinyan, […]

RUSSIALINK: “What Does the Decline of Clans in the North Caucasus Mean for Moscow?” – Carnegie Moscow/ Konstantin Kazenin

“Recent speculation that Russia wants to topple the ‘traditional’ clan system in the North Caucasus misses the point: the clan system is in no way traditional, and it is collapsing on its own. The real question is whether the federal center will find other allies in the region when it falls. …”

(Paul Goble – Window on Eurasia – Staunton, June 23, 2017) Magomedsalam Magomedov, the former head of Daghestan who is now deputy head of the Russian Presidential Administration, told the leaders of the republics in the North Caucasus that Moscow currently has five major concerns about developments in their region that they must address. In remarks to the annual conference […]

On 25 years of postmodernity in the South Caucasus 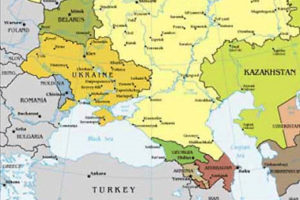 A quarter century since the collapse of Soviet rule in Armenia, Georgia, and Azerbaijan, where is the region now and what can come next? (opendemocracy.net – Georgi Derlugian – October 4, 2016) Georgi Derluguian, in his earlier life a Soviet-trained Africanist, studies the evolution of human societies along with practicing expeditionary fieldwork. Among his books are Bourdieu’s Secret Admirer in […]

Literature on the front lines: Russian writers in the Caucasus conflicts 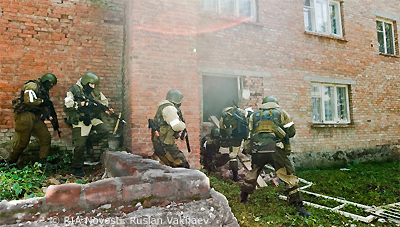 (Russia Beyond the Headlines – rbth.ru – Phoebe Taplin, special to RBTH – February 11, 2014) The tradition of literature exploring conflict in the Caucasus began with the great stories by Lermontov and Tolstoy, and is carried on by today’s writers: RBTH presents 5 contemporary authors, each with military experience and individual views on duty, violence and the casualties of […]

On your marks, get set… intercept!

(opendemocracy.net – Mark Galeotti – October 29, 2013) Mark Galeotti is Professor of Global Affairs at New York University’s SCPS Center for Global Affairs. He blogs on Russian security affairs at In Moscow’s Shadows and tweets as @MarkGaleotti. His most recent book is Russian Security and Paramilitary Forces since 1991 (Osprey, 2013) Russia is devoting considerable effort to trying to […]

(RIA Novosti – Natalia Antonova, Acting Editor-in-Chief, The Moscow News – October 22, 2013) Perhaps one of the saddest aspects of the suicide bombing in Volgograd this week ­ assuming we were forced to pick one such aspect ­ is the amount of young people caught up in it. Among the wounded is a toddler. On top of that, that […]

(Moscow News – themoscownews.com – Nathan Gray – ST. PETERSBURG, June 21, 2013) Russia’s government was rushing in where investors feared to tread ­ and used the St. Petersburg Economic Forum as a rallying call for aggressive spending in the country’s regions. Eastern Siberia and the Russian Far East have especially attracted attention in recent years in terms of the […]

No evidence of connection between Tsarnayev brothers and Doku Umarov – source

(Interfax – MOSCOW, April 21, 2013) Information about possible contacts between the Tsarnayev brothers – the suspected Boston bombers – with extremist grouping calling itself the Caucasus Emirate will be checked but so far there is no reliable evidence to that end, a source in Russian law enforcement has told Interfax. Earlier certain foreign media reported a possible connection between […]

From: “Ariel Cohen” <Ariel.Cohen@heritage.org> Subject: INVITATION: Kennan Institute Caucasus Railroads and Pipelines Conference April 2, 9:30AM-2PM Date: Tue, 26 Mar 2013 Dear Friends: I am honored to invite you to the following event, at which I co-chair a panel. If you do not live in the Washington, D.C. area, our apologies. Feel free to forward to your friends in the […]