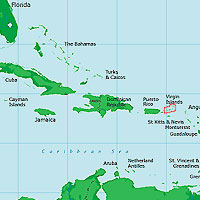 (Moscow Times – themoscowtimes.com – Irina Filatova – August 19, 2013) President Vladimir Putin’s calls for domestic companies to repatriate their funds back home from offshore jurisdictions have fallen on deaf ears, with almost half of the $67 billion investment by Russian residents abroad in the first quarter of this year settling in the British Virgin Islands, according to figures […]

(Interfax – SOCHI, April 22, 2013) Russian President Vladimir Putin said the long-term consequences of the extraordinary measures taken in Cyprus are not known yet. “We see what methods of resolving debt problems are used on specific countries, I mean Cyprus, where the measures that have been taken essentially undermine confidence in the financial system,” Putin told a meeting on […]

Russian money laundering: how does it work? 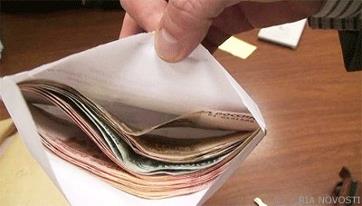 (opendemocracy.net – April 8, 2013 – Pavel Usanov) Pavel Usanov is head of the Hayek Institute for Economy and Law in St. Petersburg and Reader at the Higher School of Economics. Cyprus’s monetary crisis has drawn international attention to the island’s role as a tax haven and money laundry for Russia’s rich. Meanwhile, Putin has announced a crackdown at home […]

(Bloomberg – bloomberg.com – Olga Tanas – April 8, 2013) Russia agreed to restructure a 2.5 billion-euro ($3.3 billion) loan granted to Cyprus in 2011, bowing to a request by the European Commission, President Vladimir Putin said. “We are making our own contribution” to help the island, Putin told reporters today at a joint briefing in Hanover with German Chancellor […]

(Eurasia Daily Monitor: Volume 10, Issue 58 – Jamestown Foundation – jamestown.org – Pavel Felgenhauer – March 28, 2013) The European Union is Russia’s number one trading partner, and for many years Moscow was seeking to establish a privileged political and economic relationship with select Western European “friends” like France and Germany. Moscow’s most important foreign policy objective since the […]

Russia Readying Help for Companies With Funds Ensnared in Cyprus

(Bloomberg – bloomberg.com – Ilya Arkhipov & Vladimir Kuznetsov – March 27, 2013) Russia is among the biggest losers of the crisis in Cyprus and may use its development bank to aid companies with funds trapped behind capital controls in place on the cash-strapped island, the head of the state lender said. “We are prepared to consider proposals and ideas, […]

(Moscow Times – themoscowtimes.com – Howard Amos – March 26, 2013) A deal between Cyprus and European lenders was backed by the Kremlin on Monday even as top Russian officials unleashed a storm of angry rhetoric about a compulsory levy on local bank accounts included in the rescue package. President Vladimir Putin “decided to support” the agreement between Cyprus and […]

NICOSIA, March 25 (RIA Novosti) ­ The Cypriot authorities’ plans to force losses on local account holders to unlock a much-needed bailout from international lenders breach international accords and will be challenged in court, the head of the Association of Russian Businessmen in Cyprus said on Monday. The finance ministers of the 17-nation euro area agreed early on Monday on […]

(Business New Europe – bne.eu – March 25, 2013) The news images on Friday were dripping with symbolism. A Cypriot delegation lead by Finance minister Michael Sarris was on its way out to the airport having failed to secure a 10bn rescue package from the Kremlin, while newly anointed Chinese premier Xi Jinping was on his way in from the […]

(Moscow Times – themoscowtimes.com – Irina Filatova and Howard Amos – March 22, 2013) Prime Minister Dmitry Medvedev on Thursday intensified his criticism of a plan by European financial authorities to rescue the Cypriot economy, labeling it as “completely absurd,” in the most colorful response yet by Russian officials to the controversial measures. The proposal to impose a one-time levy […]

GORKI (Moscow Region), March 20 (RIA Novosti) ­ Russian Prime Minister Dmitry Medvedev on Wednesday slammed the European Union and Cyprus for what he described as their dismal management of the island nation’s debt woes. Medvedev told journalists from European media outlets in an interview that the mishandling of the crisis had undermined confidence in financial institutions, in Cyprus and […]

(RFE/RL – rferl.org – March 20, 2013) As the financial crisis deepens in Cyprus, attention is focusing on Russia’s role in preventing the Mediterranean island nation from going bankrupt and exiting the eurozone. RFE/RL’s Claire Bigg spoke to Natalya Orlova, chief economist at Alfa Bank. RFE/RL: Michael Sarris, the Cypriot finance minister, was in Moscow this week to discuss the […]

(Bloomberg – bloomberg.com – Henry Meyer & Ilya Arkhipov – March 21, 2013) Russia rebuffed Cyprus’s request for a bailout loan as the euro-area nation sought to salvage talks in Moscow by wooing investment in its energy reserves. Russia is unable to provide loans and will instead consider making investments in the Cypriot energy industry, the island nation’s Finance Minister […]

(Moscow Times – themoscowtimes.com – Howard Amos and Irina Filatova – March 21, 2013) A desperate effort by Cypriot authorities to win financial aid from the Kremlin failed to yield any results Wednesday, as a deal eluded Cyprus’ finance minister, Michalis Sarris, during a visit to Moscow. Russian companies are being hit by a freeze on Cypriot bank accounts as […]

MOSCOW, March 20 (RIA Novosti) ­ Cypriot Finance Minister Michael Sarris is set to continue negotiations on a potential Russian loan with Russia’s First Deputy Prime Minister Igor Shuvalov on Wednesday, after initial talks between the two countries’ finance ministries ended without an agreement. The Cypriot minister is in Moscow to discuss the extension of a 2.5-billion-euro loan that Russia […]

Rival Ideas for Cyprus Aid Pop Up in Russia

(Moscow Times – themoscowtimes.com – Anatoly Medetsky – March 20, 2013) The sudden prospect that billions of dollars of Russian money might never return to its owners, due to part of the Cyprus bailout plan, evoked a slate of proposals here Tuesday to prevent the damage. VTB, the country’s second-largest lender, which has a subsidiary in Cyprus, laid out a […]

Russian Lenders Face Billions in Losses Due to Cypriot Levy

(Moscow Times – themoscowtimes.com – Irina Filatova – March 19, 2013) The proposal by the Cypriot authorities to introduce a levy on the country’s bank deposits as part of a plan to bail out its economy drew harsh criticism from Moscow on Monday, with the largest Russian lenders facing multibillion-dollar losses as a result of the measure. President Vladimir Putin […]