“Washington has watched Russia expand its global influence, but along its borders, Moscow is losing its monopoly on power.”

“… Putin has long tried to strengthen economic and defense relations across Eastern Europe and Central Asia …. Russia still has military bases in

Central Asia and the South Caucasus … [T]here are strong commercial and cultural ties …. But … chaos encircling Russia – including … fighting between Armenia and Azerbaijan – together with subtle diplomatic and economic shifts is eroding Moscow’s monopoly on [regional] power …. While China has leveraged … economic clout to build influence and Europe has fed democratic aspirations, Russia has clung to hard-power politics. … [And] Russia may find the need to hold direct talks with Turkey to resolve the conflict between Armenia and Azerbaijan. …” 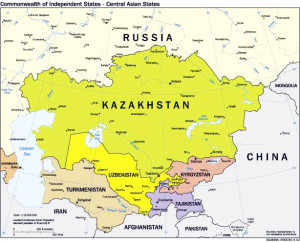 Click here for: “Putin Loses His Footing in Russia’s Backyard; Washington has watched Russia expand its global influence, but along its borders, Moscow is losing its monopoly on power” – Wall Street Journal/ Thomas Grove