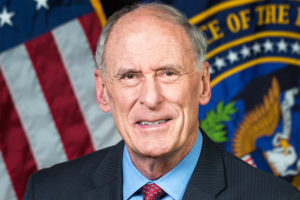 “The U.S. remains on a path to withdraw from the [INF Treaty] … citing alleged [Russian] violations … but continues to consult with its allies ….  [DNI Dan Coats] …. said he will brief European allies at a [NATO] meeting … [T]he Intermediate-range Nuclear Forces Treaty … bars … ground-launched ballistic and cruise missiles with ranges between 500 and 5,500 […]

“… Putin timed the [assassination attempt on former double agent Sergei Skripal and his daughter in the UK] to boost his support in the Russian election, one of America’s top intelligence officials has suggested. [Director of National Intelligence] Dan Coats … speaking at a briefing held by the Defence Writers Group, part of George Washington University …. [when a]sked about […]