Will The U.S. Slap Sanctions On Nord Stream 2?

There is a growing push in the U.S. Congress to slap sanctions on the Nord Stream 2 pipeline. 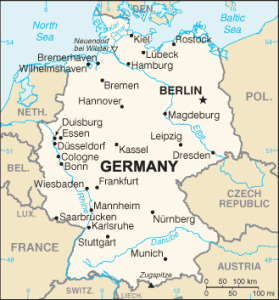 The pipeline under construction would carry Russian natural gas to Germany, and has been a lightning rod of controversy both in Europe and across the Atlantic. Many governments and officials from Eastern Europe fear deeper dependence on Russia for gas supplies, a sentiment echoed by the U.S. government. Meanwhile, many in Western Europe are less concerned, viewing Russia as a rather reliable low-cost supplier of gas.

The U.S. has long tried to pry away Europe from Russia for geopolitical ends, and Nord Stream 2 is merely the latest chapter in this Cold War-era calculus. But, increasingly, the pipeline has commercial implications for the United States. The U.S. has become a major exporter of LNG, a position that will only grow over time with several gas export terminals along the Gulf Coast. The flood of shale gas is finding its way around the world.

At first, when U.S. LNG exports began in 2016, shipments were going to a smattering of countries in Latin America and the Caribbean. Soon, top importers included South Korea, Japan and China. Only a handful of countries in Europe have imported U.S. LNG in any significant way.

But that is starting to change with more U.S. shipments arriving in European ports. U.S. Secretary of Energy Rick Perry has likened U.S. gas to American soldiers liberating Europe from the Nazis. “The United States is again delivering a form of freedom to the European continent,” he told reporters in Brussels earlier this month. “And rather than in the form of young American soldiers, it’s in the form of liquefied natural gas.”
[Related: Moscow May Use ‘Nuclear Option’ In European Gas Race]

Over-the-top American bravado notwithstanding, U.S LNG shipments to Europe are on the rise. The wave of new LNG export terminals coming online this year – in the U.S., but also in Australia, among other places – has led to a glut for LNG. Spot prices in Asia have collapsed. Lower prices have made Europe a more attractive destination for gas, particularly as transit costs are lower than for shipments heading to Asia. The U.S.-China trade war has also boxed out American LNG from China, rerouting cargoes elsewhere.

As a result, more U.S. LNG has found its way to Europe (although in grand scheme of things, the U.S. is a marginal supplier of gas to Europe when compared to Russia, Norway or Algeria). However, gas prices in Europe, too, have collapsed, which pose a challenge to U.S. LNG exporters.

The U.S. government may offer a lifeline to gas exporters in Texas and Louisiana by targeting Nord Stream 2. Recently, Sec. Perry predicted that U.S. sanctions on Nord Stream 2 were coming in the “not too distant future.” Sanctions would hit companies working on the project.

It may or may not be a coincidence that some of the biggest proponents of sanctioning Nord Stream 2 hail from Texas, home to a growing number of LNG export terminals. “We are looking at that issue,” Rep. Michael McCaul (R-TX), ranking member of the House Foreign Relations Committee, told Politico, referring to sanctions. “I think we’re going to have legislation on it as well. The pipeline is going to empower Russia. I’m against it,” Rep. McCaul said. Senator Ted Cruz (R-TX) has spearheaded a sanctions bill in the Senate.

But, to be clear, the fight to punish Russia has bipartisan support. Politico’s Morning Energy pointed out that the House Foreign Affairs Committee unanimously approved a bill sponsored by Rep. Denny Heck (D-WA), which calls on Congress to “continue to oppose construction of the Nord Stream 2 pipeline and other Russian Federation gas pipelines in northern Europe; and take affirmative diplomatic steps to halt the construction of such pipelines.” Meanwhile, the Chairman of the committee, Rep. Eliot Engel (D-NY) told Politico that he was open to sanctions on technologies used for the Nord Stream 2 pipeline.

The overarching motivation for American politicians in targeting Nord Stream 2 continues to be geopolitical – reducing European dependence on Russian gas. However, cutting down on Russia’s market share in Europe over the long run would also have major implications for the billions of dollars’ worth of investments along the U.S. Gulf Coast. And because there is almost no constituency in the Congress in favor of Nord Stream 2, Sec. Perry might be correct in saying that sanctions are on the way.