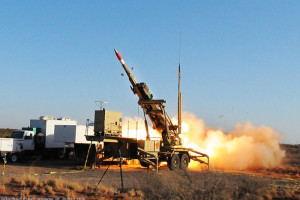 The meeting covered the current tasks of the defence industry, specifically, mobilisation readiness of defence industry companies. Another issue on the agenda was the deployment of the US missile defence system in Eastern Europe.

Today is the final spring meeting with the Defence Ministry and representatives of the defence industry. As I said when we started this week, this work, in this format, is essential, it is important work. We are making timely adjustments in our plans to rebuild the Armed Forces.

I think you will agree with me that the latest events show that the situation is not improving. Unfortunately, it is even deteriorating – I am referring to the deployment in Romania of a radar station as an element of the future US missile defence system.

We have repeatedly expressed our concerns, offered cooperation, proposed working with our American partners – but everything has, in fact, been rejected. What they are suggesting is not joint work, but talks on a given topic. No specific proposals; everything is done unilaterally, without taking into account our concerns. This is unfortunate, as well as the pretext under which it has been done.

Just a few years ago, our opponents unanimously said that the missile defence system was necessary for our Western partners – both in Europe and the United States – to prevent nuclear and other missile threats posed by Iran. However, where are these nuclear threats now? There aren’t any.

The United States initiated the signing of an agreement with Iran. They did the right thing in fact, and we supported the US Administration in this regard. However, there is no longer any threat, while the creation of the missile defence system is still underway.

Using their capabilities in the world media, they can disorient some by arguing that there is no threat to Russia, that this is only a defence system, but they cannot confuse anyone present here today. It is not possible. These are not defence systems. This is part of the US nuclear strategic potential built in distant locations.

In this case, the distant location is Eastern Europe. And the people taking such decisions should know that they used to live in peace, comfort and safety.

Now, after the missile defence systems are built there, we will be forced to consider ways to prevent any threat to the Russian Federation. This is my first point.

Second, this is a flagrant violation of the Intermediate-Range Nuclear Forces Treaty because the launchers, to be deployed after the radar stations in Romania and Poland go on stream, can easily be used for the deployment of intermediate and short range missiles. The conversion can actually happen in a very short time, and we will not even know what is happening there. We will not be able to control it. This is an additional threat to us.

After the United States unilaterally withdrew from the ABM Treaty, which was clearly the first step in the series of attempts to break the global strategic balance of forces, this is going to be the second blow to the international security system, creating conditions for the violation of the INF Treaty next. This causes additional concern, and not only on our part. I do not think any sane person or objective observer can fail to see this and draw the appropriate conclusions. Along with the offshore deployment – in the Mediterranean in this case – the Aegis system, the radar stations in Romania, and then the planned site in Poland – all these are additional steps towards throwing the international security system off balance and unleashing a new arms race.

As we have discussed already, we are not going to be drawn into this race. We will go our own way. We will work very carefully, without exceeding the planned spending on the rearmament of the army and navy, plans we have had for years, but we will adjust them in order to curb the threat to Russia’s security.

We have repeatedly spoken and warned about this, but nobody wants to listen to us, nobody properly and professionally responds to our requests for cooperation in this area. So, let us proceed from the realities taking shape in terms of global security.

Of course, we will do our best to ensure and maintain this strategic balance of forces, which is the most reliable guarantee against large-scale military conflicts, which cannot be compared to well-known conflicts in hot spots in terms of their consequences. We cannot and will not tolerate this.

Let us now consider the main topic on the agenda – increasing mobilisation readiness. We will also work according to plan in this area.

As you know, we have carried out a comprehensive assessment of the general readiness of defence plants and the economic sector to fulfil state defence orders. We have calculated how quickly plants would be able to increase military production, if necessary, and so on. Based on this data, we should understand how to improve the defence industry.

What points would I like to draw attention to? First, our urgent task is improving the regulatory, legal and methodological support of the readiness of the defence industry to increase the range and volume of production.

Second, all approaches to improving the mobilisation readiness of Russian defence industry companies and the economy as a whole must meet modern requirements and be comprehensive.

And finally, all mobilisation issues must be resolved through establishing a system of cooperation and coordination under the leadership of the Military-Industrial Commission Board.

Let us get down to work.