.. The rapid pace of warming has stunned climate scientists, despite years of gradually rising temperatures. […]

“Smoke from the blazes is now reaching the West Coast of the United States.” “… [S]moke from the fires … spans over 1,000 miles … causing hazy skies [in] the northwestern United States …. Permafrost is rich in organic material that froze before it could completely decompose. Melting permafrost releases greenhouse gases on top of the pollution released by the […]

“Temperatures soared 10 degrees Celsius above average across much of permafrost-laden Siberia last month …. Earth’s average surface temperature for July 2019-June 2020 was 1.3C above pre-industrial levels …. In the Arctic … an hourly temperature record for June … was set on the 21st near Verkhoyansk in northeastern Russia …. [P]reviously registered Arctic hourly highs in 1969 and 1973 […]

“The Russian Arctic set record temperatures in June that sparked abnormal tundra fires … Russia’s weather service [director] said … blaming climate change for … ‘fantastical’ anomalies. Russia’s northern territories, including parts of Yakutia region which borders the Arctic ocean, have faced a heat wave … with some districts declaring a state of emergency. … He noted one record in […] 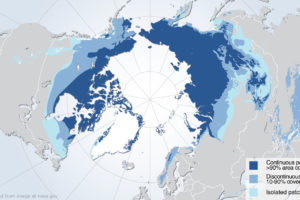 (Paul Goble – Window on Eurasia – Staunton, October 12, 2018) Russians are so accustomed to thinking about how cold the climate is in their country that they have assumed that global warming will bring mostly positive changes to their lives, but Stanislav Kuvaldin says that in fact global warning carries with it five serious risks for them, all of […]

Fire in Novodevichy Convent bell tower did not damage building 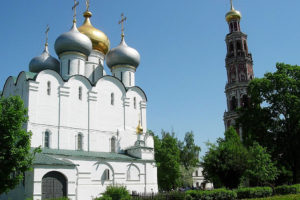 (Interfax – March 16, 2015) It took firefighters almost three hours to extinguish the fire in the Moscow Novodevichy Convent bell tower. The fire, which affected an area of 300 square meters, did not do any damage to the historical building. “The internal premises were not damaged by the fire and external facing plaster fell off in the places affected […]

(Interfax – October 3, 2012) Russian environmentalists have poured cold water on claims by the head of the country’s main security service that Al-Qa’idah was responsible for forest fires in a number of countries across the European Union over the summer. In remarks reported by the privately-owned Interfax news agency on 3 October, Aleksandr Bortnikov, head of the Federal Security […]