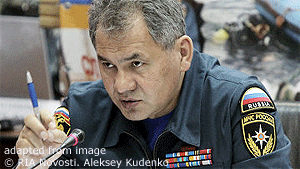 “Top Russian defense and security officials on Wednesday launched diatribes at the West, accusing it of fomenting a new Cold War in a bid to retain waning influence in global affairs. Moscow used an annual security conference attended by top defense officials from Asia, Africa and Latin America to harshly criticize the U.S. and its allies …. Russia-West relations have sunk to their lowest level since the Cold War following Moscow’s 2014 annexation of Crimea and support for separatists in eastern Ukraine, differences over the war in Syria and the allegations of Russian meddling in the 2016 U.S. presidential election. …”