“The Kremlin said Tuesday … it’s ready for talks with the United States on nuclear arms control even as Moscow and Washington have remained locked in a tense standoff over Russia’s actions in Ukraine. Commenting on … Biden’s statement that Washington is open for talks on a new arms control deal to replace the New START treaty after it expires in 2026, Kremlin spokesman … 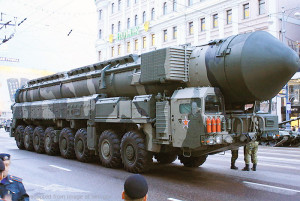 Peskov said that such negotiations are long overdue. … The [2010] treaty … limits each country to … 1,550 deployed nuclear warheads and 700 deployed missiles and bombers, and envisages sweeping on-site inspections to verify compliance. …”