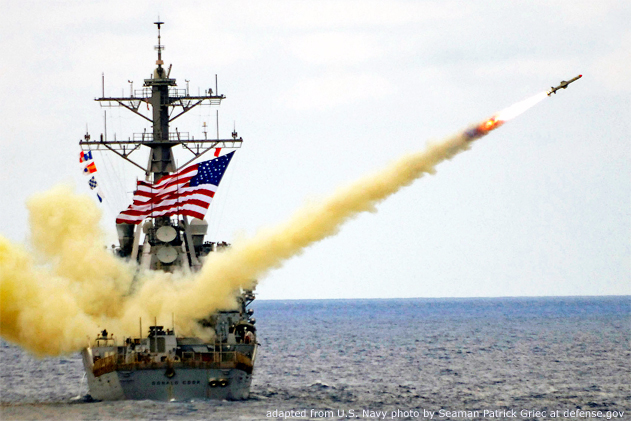 “American cruiser Vella Gulf arrived in Burgas early Tuesday, and French frigate Surcouf, which returned to the Black Sea on July 4, unmoored from the port of Batumi,” the source said.

The addition of the two ships has brought the number of NATO military vessels in the sea to nine. Apart from the Vella Gulf and the Surcouf, the Black Sea is currently hosting two French reconnaissance ships, and the Italian Dupuy de Lome and Elettra. Additionally, the Breeze-2014 military drills are underway near Bulgarian shores, where the vessels of Standing NATO Mine Countermeasures Group 2 (SNMCMG2) are located. The group is led by the Italian guard ship ITS Aviere. Italian and Turkish minesweepers ITS Rimini and TCG Akcay are also participating in the exercises, along with British minesweeper HMS Chiddingfold and Greek corvette Macitis.

“We haven’t seen such a large number of NATO ships since the USSR,” the source noted.

Russia’s Black Sea Fleet started large-scale drills on July 4. Around 20 military ships and supporting vessels are taking part. The source in the Russian Defense Ministry told RIA Novosti that ships and naval aviation are tracking NATO activities in the region.

According to the Montreux Convention, military ships from nations that do not have direct access to the Black Sea can only stay in the area for a maximum of 21 days. American frigate USS Taylor violated the convention earlier this year, exceeding the limit by 11 days.