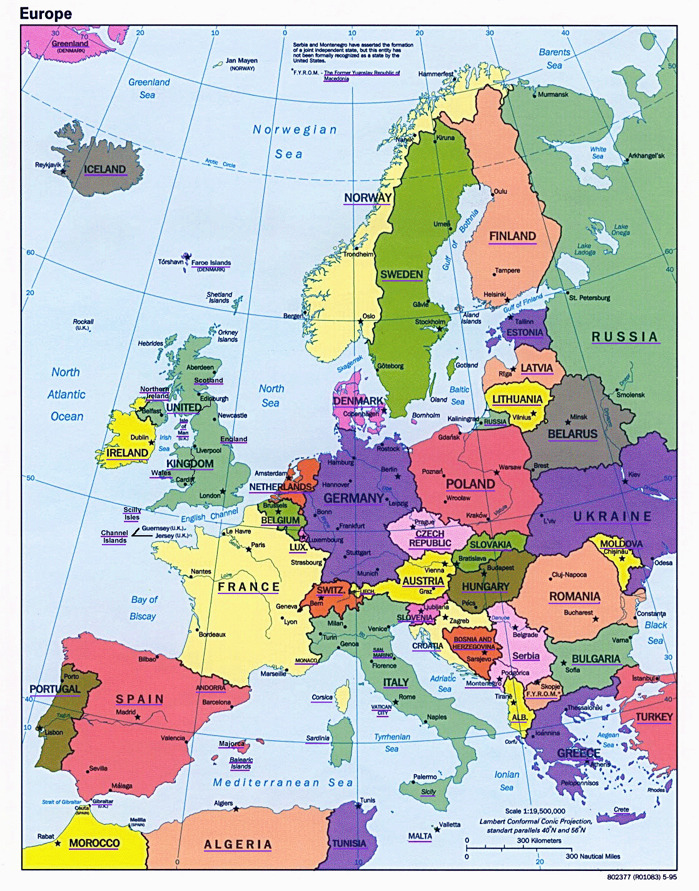 For all the alarmist rhetoric about Russian barbarians at the gate, NATO countries are reluctant to put their money where their mouth is. Only the countries closest to Russia’s borders are increasing their military spending this year, while other, bigger ones are making cuts. Regardless of what their leaders say about Vladimir Putin, they don’t seem to believe he’s a real threat to the West.

In a paper released today by the European Leadership Network think tank, Denitsa Raynova and Ian Kearns analyzed this year’s spending plans for 14 NATO countries. The U.K., Germany, Canada, Italy, Hungary and Bulgaria will cut military expenditure, and France will keep it at last year’s level. Only six countries — Estonia, Latvia, Lithuania, Norway, Romania and the Netherlands — will increase their defense spending. Four of them are Russia’s close neighbors, and the fifth, the Netherlands, suffered greatly this year from the Ukraine conflict when an airliner filled with Dutch citizens was shot down over eastern Ukraine.

Among the six, however, only proud little Estonia will spend more than 2 percent of its economic output on defense. Poland, whose spending will be flat, is also close to 2 percent.

Raynova and Kears concentrate on NATO countries’ progress toward the 2 percent threshold because in September 2014 they pledged to meet it within a decade — also promising to halt any decline in defense expenditure. It may be more informative, however, to look at the countries’ defense allocations in real dollar terms. Doing so reveals that the increases in eastern Europe are dwarfed by cuts in western Europe (I used current exchange rates both for 2014 and 2015 numbers):

Germany is the biggest budget cutter, despite its armed services’ growing problems equipping themselves. The television station ARD reported this month that a group of German soldiers — a rapid-response force, no less — was forced to pass off broomsticks as machine guns during a NATO exercise in Norway because the real guns were missing from their armored vehicles. (They painted the broomsticks black to make them look convincing.)

German Chancellor Angela Merkel, however, has never showed a particular affinity for defense spending. At the Munich security conference last month, she looked Ukrainian President Petro Poroshenko in the eye and told him he could not win a war against Russia and dismissed any suggestion of providing Kiev with arms — a warning that led to peace talks and a shaky ceasefire Merkel brokered jointly with French President Francois Hollande. (France, with the fourth biggest defense budget in NATO, simply cannot afford to spend more on defense: as is, it’s unable to keep its deficit to the European Union standard of 3 percent.)

British Prime Minister David Cameron, by contrast, is no dove. He says he’s worried that Russia and its proxies won’t stop at their recent territorial gains in Ukraine. “People will be looking at Mariupol as the next potential flashpoint, and if that were to happen I think the argument for further action would be overwhelming,” Cameron said earlier this week. “I think that would be the view of countries like Poland, the Baltic states and many others.” Moreover, Cameron announced he would be sending military trainers to Ukraine, promising the U.K. would be the “strongest pole in the tent.”

Yet the reality is Cameron has been cutting U.K. defense spending, and budget projections for this year suggest another cut of more than $1 billion. That’s more than the combined total that the valiant Baltic dwarfs are adding in military spending (Latvia and Estonia are only able to increase their budgets by about $30 million each). Despite Russian warplanes repeatedly buzzing the U.K., and regardless of Cameron’s public statements, military threats clearly aren’t keeping the country’s political leaders awake at night.

There is no question, however, that Russia’s immediate neighbors see Putin’s aggression as a clear and present danger. Lithuania, which only spent 0.78 percent of its GDP on defense last year, is bumping up that expenditure by a third and reinstating conscription, probably on the advice of Estonian President Toomas Hendrik Ilves, who said in an interview in July 2014 that small countries like Estonia’s Baltic neighbors were wrong to switch to professional armies. The professional soldiers “are very good,” Ilves said, “but how many are they? Two thousand? Everything could end after one battle already. And what will happen to the rest of Latvia?”

Ilves has been the staunchest advocate of preparedness for a Russian invasion. His country of 1.3 million, however, only has a standing military of 18,200, including a large volunteer corps. Its wartime strength is supposed to increase to 30,000 — about as many personnel as Georgia had in 2008, when a Russian invasion force steamrolled over it and nearly seized the capital, Tbilisi, before a peace deal was struck. So Estonia is keen to show Putin it doesn’t stand alone. This week, it held an Independence Day military parade in Narva, a town divided from Russia by a river, and the display of strength featured U.S. combat vehicles and personnel.

Given the obvious divide between the alarmed European border states and the complacent giants of western Europe, the Baltics can only expect meaningful help from the U.S. in deterring or combatting Russian aggression. Washington has not yet established permanent bases in these countries but has been sending troops there on regular rotations. Moreover, the U.S. military budget, at $496 billion, was last year almost nine times as big as that of the U.K., NATO’s second biggest defense spender.

It is, however, due to shrink this year because of automatic sequestration to reduce the budget deficit. In its just-released assessment of U.S. military power for 2015, the Heritage Foundation said the county’s armed forces “would be ill-equipped to handle two, near-simultaneous major regional contingencies.”

Putin’s Russia has been ramping up military expenditure to become the fourth biggest spender in the world. Facing him down would require some effort from all NATO members, not just the small ones closest to the Russian borders. “The very nature of membership in a defense alliance is to share the rights and responsibilities for delivering security,” Raynova and Kearns wrote. “More defense cooperation among allies is the only realistic way forward.”

No one in NATO would disagree with that. But practical steps won’t follow unless all alliance members believe Putin poses an existential threat. If Putin were thought to be the Hitler of our time, out to avenge the Soviet Union’s fall and rebuild an empire, defense spending would surely increase. But despite events in Ukraine — where the truce is, apparently, beginning to take — that still requires a leap of faith. Ukraine is not a NATO member, and even Western hawks recognize that Russia may have a particular interest in it as a buffer state.

Invading the Baltics would be much more of a direct challenge to the West, one that would require from Putin a Hitler-like disregard for his adversaries’ considerable combined strength. But there are few signs that Putin is quite so reckless. Perhaps that’s why the bigger NATO countries don’t feel they need to use up much-needed resources to build a dam against an unlikely flood.