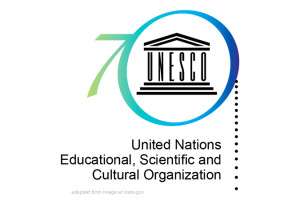 The IV St Petersburg International Cultural Forum is taking place on December 14-16, 2015. Every year the forum brings together experts in culture, politicians, representatives of state bodies and business people, and this year’s event is dedicated to the 70th anniversary of UNESCO.

President of Russia Vladimir Putin: Friends, ladies and gentlemen, I would like to welcome participants and guests in the IV International Cultural Forum honouring UNESCO’s 70th anniversary to Russia.

Following tradition, the forum is held here in St Petersburg. And the value of this city as one of the jewels of world cultural heritage is undeniable. But our Northern Capital is known for more than just its outstanding architecture and rich artistic achievements.

This is a city with a grandiose destiny that has experienced its share of triumphs and terrible trials. It remembers the enormous force of its residents’ spirit during the years of World War II and is itself a symbol of victory of life over death, the victory of human dignity over barbarity and cruelty. Here, we can feel the importance of UNESCO’s mission with a special strength: the world unites to preserve and develop humanity for the sake of the values of humanism and enlightenment.

These processes are of principal importance for Russia. Our nation was historically built as a civilisation where every ethnic group preserved its cultural identity. We are ready to share this experience of interaction between traditions, languages and cultures openly and kindly with the world; at the same time, we strive to take into account and enrich our own lives with humanity’s best achievements.

And that is why we fully share UNESCO’s principles. Today, this respected, influential organisation is literally a humanitarian buttress for the entire complex of international cooperation, a defender of the most important universal values, spiritual and moral foundations, as well as the heritage of nations and peoples.

We are grateful to UNESCO for its constructive cooperation and assistance in resolving key issues in developing Russian education, science, culture and information sector. In turn, the majority of UNESCO projects are implemented with Russian support.

We actively cooperate in implementing programmes to preserve global heritage, cultural diversity and ethnic identity. Together, we work to strengthen intercultural dialogue, develop the foundations of scientific and technical progress, and ensure journalists’ safety.

We are prepared to further build up our partnership with UNESCO and see prospects for joint work in important areas such as ensuring sustainable development for modern civilisation and improving international relations.

Today, the entire global community is facing serious challenges and threats such as terrorism, growing intolerance, xenophobia and social problems. The fields of communications and information exchange require particular attention. Modern technologies have not only opened up unprecedented opportunities for communication and access to knowledge, but unfortunately, are also used as an instrument of manipulation to negatively affect people’s minds and souls. It is our common objective to withstand these destructive processes.

UNESCO programmes aimed at humanizing the information environment, filling the global information space with high-quality scientific and cultural content, as well as educational and information resources, are very much needed. Russia is prepared to become an active participant in such programmes.

We have clearly stated our position on preserving and protecting global cultural heritage, first and foremost in conflict zones where unique historical monuments are being savagely plundered and destroyed. We value UNESCO’s enormous contribution to implementing the UN Security Council resolution initiated by Russia, banning trade in antiquities and items of cultural value.

We know that money raised from this criminal business, as well as the sale of drugs and stolen oil is, among other things, used to finance terrorists and extremist activities. We expect that the global community will be able to join forces to cut off these funding channels to bandits.

UNESCO’s desire to turn culture and cultural diversity into a powerful instrument for sustainable development and thus implement the agenda recently adopted by the UN General Assembly in this area through to 2030 deserves particular attention.

The organisation has not only achieved recognition of the role of cultural factors in social, economic and other areas of life in the global community, but also promoted integration of culture in nine of the seventeen goals for sustainable development.

Another area of UNESCO’s activity that we find particularly significant is developing the fundamental sciences. This is another field for our joint work.

It is significant that the session of the Scientific Advisory Board of the UN Secretary-General is being held in St Petersburg at the same time as our forum. It’s a kind of ‘Council of the Wise’ called upon to develop scientifically founded recommendations on the most significant questions in modern life, from global development and the role of science in making political decisions to climate change issues.

In conclusion, I would like to once again stress that UNESCO and the members of this prestigious organisation will always find Russia to be an active and engaged participant in its programmes and projects.

I wish the International Cultural Forum success in its work and all its participants – good and bright impressions of their visit in St Petersburg.

Thank you for your attention.