Russia’s Oil And Gas Revenues Are In Decline 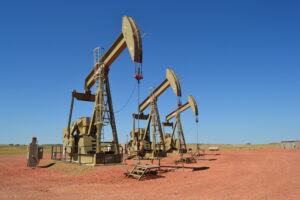 Russia’s current account surplus hit a record last year as imports fell with the sanctions while the value of exports surged as commodity prices soared in the wake of the Russian invasion of Ukraine.

However, as 2022 progressed, Russia saw its current account surplus drop quarter on quarter after a quarterly record in Q2 as Moscow choked pipeline gas exports to Europe while buyers of its oil were asking for steep discounts to purchase Russian crude grades.

Russia’s revenues from oil and gas were very high in 2022 due to high prices and still high volumes of exports. Going forward, the steep discounts on the flagship Russian grades versus Brent prices and the additional bans on Russian energy products—including a ban on seaborne imports of refined Russian petroleum products into the EU as of February 5—are set to lead to declines in Putin’s energy export revenues compared to the 2022 revenues, analysts say.

The G7 price cap and the EU embargo on Russian crude oil imports by sea may still be a regulatory minefield for players in the industry, but those sanctions have achieved one of their key goals. That’s to reduce Putin’s oil revenues, the mainstay of Russia’s budget. Moscow is now forced to sell much of its crude oil at deep discounts to international benchmarks to countries in Asia that aren’t even part of the Price Cap Coalition.

Russia’s current account surplus dropped in the fourth quarter of 2022 to $31.4 billion, down from $48 billion in Q3 and a record $78.5 billion in Q2, data from the Bank of Russia showed this week.

The current account, which is mostly the difference between the value of exports and the value of imports, for Q4 hasn’t been this low since the second quarter of 2021, according to the data. It was not only the lower prices of commodities that narrowed Russia’s surplus in the fourth quarter. Russian imports have gradually recovered after they were severely crippled in the second quarter as the initial sanctions on doing business with Russia hit the country’s ability to import goods. Since then, Russia has diversified import routes to import goods from countries still willing to export products and services to Russia.

Imports fell in 2022, especially in the first half, but a gradual recovery in imports emerged in the latter part of the year, the Bank of Russia said.

Imports may have recovered, but the value of exports, especially energy exports, is falling, analysts say.

Russia’s oil exports dropped by just 200,000 barrels per day (bpd) month on month in December to 7.8 million bpd, as crude shipments to the EU declined after the EU embargo and G7 price cap came into effect, the International Energy Agency (IEA) said in its monthly Oil Market Report this week.

Record discounts for the Russian benchmark Urals grade saw Russian oil revenues slip by $3 billion in one month to $12.6 billion in December, per the IEA estimates.

Russia’s diesel exports jumped to a multi-year high of 1.2 million bpd, of which 720,000 bpd was destined for the EU last month.

However, the EU ban on seaborne imports of Russian refined products as of February 5 is set to further shrink Russian petroleum export revenues.

“Declines in global energy prices, exacerbated by an increase in the discount for Russia’s Urals, has erased $20 billion of export revenue,” Alexander Isakov, a Russian economist, told Bloomberg.

“The balance is set to weaken further this year, challenging efforts by authorities to stabilize the ruble and inflation,” Isakov added.

The EU oil ban and price cap are costing Russia an estimated $173 million (160 million euros) per day, due to the fall in shipment volumes and prices for Russian oil, Finland-based Centre for Research on Energy and Clean Air (CREA) said in a report earlier this month.

Russia’s earnings from fossil fuel exports fell by 17% in December to the lowest level since the start of its invasion of Ukraine, CREA has estimated.

Commenting on this report, Kremlin spokesman Dmitry Peskov said last week that “no one” had seen yet cases of a price cap on Russian crude oil, and Russia hadn’t yet seen the impact of the price cap mechanism.

But Urals, Russia’s flagship crude grade, was estimated to be selling for $37.80 a barrel at the Baltic Sea port of Primorsk in early January, half the price of Brent Crude at the time, and well below the $60 price cap.

“So far, so good,” Amos Hochstein, Special Presidential Coordinator to President Biden, told CNBC last week, saying that the price cap was working and achieving the goal “to have continued supply of oil on the market to support economic growth while limiting the value that oil makes for Putin.”