(Moscow Times – themoscowtimes.com – January 10, 2017) Sex is the biggest taboo among Russian families, with one in three Russians describing the topic as “unpleasant” to discuss with their closest friends and relatives, a report by independent pollster the Levada Center revealed Tuesday. Suicide and death were considered too controversial to discuss by 15 percent and 7 percent of […]

AIDS: Is there an epidemic in Russia? 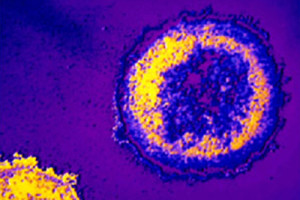 (Russia Beyond the Headlines – rbth.ru – Svetlana Arkhangelskaya, special to RBTH- July 3, 2015) According to the Center for the Prevention and Fight Against AIDS, there are now about 900,000 cases of people infected with HIV in the country. Is there an AIDS epidemic and how are HIV patients treated? Russia is one of the few remaining countries in […]

Interfax: Russians are now more loyal to sex before marriage than they were 25 years ago – poll

(Interfax – June 26, 2015) Russian society became more liberal to sex before marriage in the past 25 years, a poll conducted by the All-Russia Public Opinion Research Center (VTsIOM) shows. The poll, which surveys 1,600 people, was conducted in 130 populated areas of Russia. It shows that the percentage of respondents who believe sex before marriage is unacceptable for […]