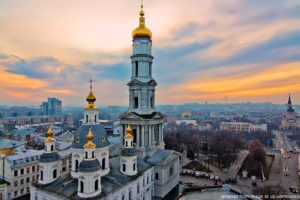 “… Pro-European demonstrations born in 2013 on Kiev’s Independence Square – known as the Maidan protests – were copied in the country’s second-largest city, but … crowds were never more than about 300 people. … [A] sprawling pro-Russian protest camp occupied the central square in 2014 with Russian flags on display. … The differences that led to the split in […]

The Kviy Post covers political violence erupting in the eastern Ukrainian city of Kharkiv. Special forces were deployed along with police negotiators on Aug. 3 when a rally in Kharkiv erupted into violent clashes, with pro-Ukrainian activists driving supporters of the Opposition Bloc into a building in a scene frighteningly reminiscent of the May 2 Odesa massacre. Kharkiv has been […]