NEWSWATCH: “POLL: Christian Values on Sodomy, Abortion, Surge In Russia – 83% Reject Homosexuality; ‘abortions have decreased eight-fold in Russia over the past 25 years'” – RussianFaith

“… [Numbers of] Russians … who consider abortion unacceptable ha[ve] tripled over … the past 20 years, from 12% to 35%. The number …  condem[ing] adultery and same-sex relationships … also significantly increased, according … [to the] Levada Center … [A]  late December 2017 [survey] showed that the majority of Russians (68%) condemn extramarital sexual relations, while only 50% condemned […]

(Moscow Times – themoscowtimes.com – January 11, 2018) An overwhelming majority of Russians believe it is ‘reprehensible’ for people of the same gender to have sex, a new poll says, charting growing intolerance towards same-sex relationships in the past 20 years. The independent Levada Center survey released on Thursday serves as the latest sociological evidence of increasing homophobia in the […] 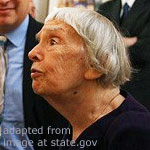 MOSCOW. Jan 10 (Interfax) – Russian veteran rights defender, Moscow Helsinki Group head Lyudmila Alexeyeva has criticized the idea of actor and Euroset creative director Ivan Okhlobystin to restore the “sodomy” article in the Russian Penal Code. “That looks like obscurantism,” Alexeyeva told Interfax on Friday. “Why are they so keen on this subject? I cannot understand that; doesn’t the […]

(Interfax – June 11, 2013) Russian human rights commissioner Vladimir Lukin said that he feared “unwise” application of a bill banning propaganda of non-traditional sexual relations, which the Russian State Duma could pass in the the second and third readings on Tuesday. “The main issue will be the administration of the law. Cruel and unwise administration could lead to human […]

Most Russians want ‘gay propaganda’ to be banned – poll

(Interfax – June 11, 2013) Russians have become more intolerable to homosexuality over the past few years, and the share of opponents of same-sex marriages has grown, the VTSIOM pollster has reported. Eighty-eight percent of Russian citizens welcome the proposed ban on the propaganda of homosexuality, compared to 86 percent in 2012, and only 7 percent support it. “A relative […]

Curing Homosexuality in Russia and Ukraine 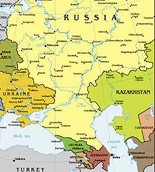 (Bloomberg – bloomberg.com – Leonid Bershidsky – Leonid Bershidsky, an editor and novelist, is Moscow and Kiev correspondent for World View – October 10, 2012) Forget gay marriage. In Russia and Ukraine, politicians are treating homosexuality like a curable addiction — and even a crime. Last week, acting on a widespread popular belief that sexual orientation is a matter of […]