Putin’s coup In India Will Shock The U.S. 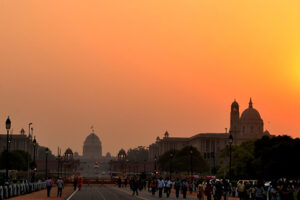 Russia last week announced a major new energy cooperation deal with India that threatens the very core of the U.S.’s fightback strategy against Beijing’s and Moscow’s expansionism in the Middle East and beyond. The main hydrocarbons deal will be for Russia, via oil giant Rosneft, to supply almost 15 million barrels of crude to Indian Oil, by the end of 2022. Given the massive geopolitical ramifications of any sizeable oil deal, it was entirely legitimate for Igor Sechin, Rosneft chief executive officer and close friend of Russian President, Vladimir Putin, to say of the deal that: “The signing of a new oil supply contract confirms the strategic nature of the long-term partnership between Rosneft and Indian Oil.”

The deal takes on even more significance as it was just one part of 28 investment deals between Russia and India signed during the very recent visit of Putin himself to Indian Prime Minister, Narendra Modi. These covered a broad range of subjects, including not just oil, gas, and petrochemicals, steel, and shipbuilding, but also military matters. The opportunities for bleed-through military elements to appear in the oil and gas projects agreed between Russia and India are bad enough from the U.S. perspective. Rosneft’s oil deliveries will be shipped through the Russian Black Sea port of Novorossiisk, with off-loading facilities in India to be built out when required. Putin highlighted: “Both sides reaffirmed their commitment to increasing Russian crude oil production under long-term contracts at preferential prices and increasing LNG [liquefied natural gas] imports to India with the possible use of the Northern Sea Route for energy supplies.” Specifically, added Modi: “We have set a target of US$30 billion in trade and US$50 billion in investment by 2025.”

Bad those these deals are from the U.S.’s perspective of seeing Russia being able to leverage them into military opportunities in India, matters became a whole lot worse as the meetings between Putin and Modi went on. As it now stands, a joint statement from Russia and India said: “[We have] reiterated their intention to strengthen defence cooperation, including in the joint development of production of military equipment.” Specifically, according to further official statements from one or both sides, Indian will produce at least 600,000 Kalashnikov assault rifles – the weapon of choice for terrorists and militias across the Middle East and elsewhere – and, even more disturbing for the U.S., India’s Foreign Secretary, Harsh Vardhan Shringla, said that a 2018 contract for the S-400 air defence missile systems is now being implemented.

The scope and scale of this coup by Putin in India is as dramatic as it is unexpected, and runs contrary to the U.S.’s expectations of how well its contra-China/Russia strategy in the Middle East had been going. The U.S. fightback against China’s aggressive expansion of influence in the Middle East was founded principally upon the ‘relationship normalisation’ deals that have been made with the UAE, Bahrain, and Israel, and on India’s role as a counterbalance to China in Asia and as a major global buyer of oil and gas, as analysed in depth in my new book on the global oil markets.

The U.S.’s idea of India as a new backstop bid for oil in Asia was bolstered by the release of a report in the first quarter of 2021 from the International Energy Agency that showed that India will make up the biggest share of energy demand growth at 25 percent over the next two decades, as it overtakes the European Union as the world’s third-biggest energy consumer by 2030. The report added that India’s energy consumption is expected to nearly double as the nation’s GDP expands to an estimated USD8.6 trillion by 2040 under its current national policy scenario. This is underpinned by a rate of GDP growth that adds the equivalent of another Japan to the world economy by 2040, according to the IEA. The agency added that the country’s growing energy needs will make it more reliant on fossil fuel imports as its domestic oil and gas production has been stagnant for years despite government policies to promote petroleum exploration and production and renewable energy.

Politically as well, an incident on 15 June 2020 between military units of China and India gave the U.S. the belief that India’s more aggressive stance against its neighbour might be of use to it, not just in its Middle East strategy but also in its efforts to keep a check on China’s increasingly aggressive moves in the Asia-Pacific region. Specifically, the June 2020 clash between China and India that occurred in the disputed territory of the Galwan Valley in the Himalayas reflected a much greater change in the core relationship between the two countries than the relatively small number of casualties might have implied. It marked a new ‘push back’ strategy from India against China’s policy of seeking to increase its economic and military alliances from Asia through the Middle East and into Southern Europe, in line with its multi-layered multi-generational power-grab ‘One Belt, One Road’ project.

Until China dramatically upped the tempo of this OBOR-related policy – at around the same time as the U.S. signalled its lack of interest in continuing its own large-scale activities in the Middle East through its withdrawal from the Iran ‘nuclear deal’ and its withdrawal from much of Syria – India had stuck to a policy of trying to contain China. With the announcement in August 2020 of the US-brokered Israel-UAE ‘normalisation deal’ it appeared that a new corridor of co-operation was being developed from the U.S. (and Israel), through the UAE (and Kuwait, Bahrain and in part Saudi Arabia) through to India. As much of China’s current turbo-driven expansion into the Middle East is predicated in the first instance on the energy sector, the starting point for the build-out of the U.S.-Israel-UAE-India also appeared to be the energy sector. This made perfect sense as the oil industry in particular involves the movement of huge amounts of money, ships, equipment, technology and personnel in often disguised ways – confidential bank accounts, intelligence and military personnel who can pass as high-level oil technicians or security people, ships that can disappear through the flick of an AIS switch and so on – that other industries cannot match for activities that countries wish to conduct quietly. Putin also knows this – better than anyone – and these 28 deals with India are unlikely to be the end of his plans for India.
Your copy should address 3 key questions: Who am I writing for? (Audience) Why should they care? (Benefit) What do I want them to do here? (Call-to-Action)

Create a great offer by adding words like “free” “personalized” “complimentary” or “customized.” A sense of urgency often helps readers take an action, so think about inserting phrases like “for a limited time only” or “only 7 remaining!”