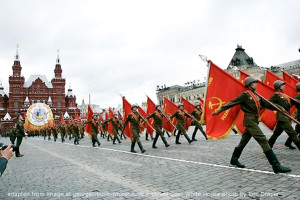 Russia will commemorate the end of World War II on May 9 with its traditional military parade through Red Square. But this year the parade will be more closely watched than normal, as it will also be a chance for Russian President Vladimir Putin to show off the fruits of a massive spending binge on new weapons. The whole parade will also serve as a warning to the West and underscore the point that Russia is ready to continue fighting if no resolution to the Ukraine crisis that suits the Kremlin is found.

Talk of war is in the air as tensions remain high. The fragile success of the Minsk II agreement signed early this year is the dyke holding back a serious deterioration that could lead to open warfare between Russia and Ukraine. And while Ukraine has withdrawn its official forces, the militias being used by both sides remain in the field and are maintaining a low level war. Peace in the Donbas is still far off.

Putin is enjoying sky-high popularity at home after successfully tapping a vein of nationalism over the Ukraine conflict. The humiliation that came with the collapse of the Soviet Union and end to Russia’s superpower status has to a large extent been erased by the Kremlin’s standoff with the US, which has been largely powerless to prevent Putin’s machinations in East Ukraine. Moreover, the sanctions have played into the hands of Putin, who has successfully portrayed cutting Russia off from the Western world as a return to the Cold War siege mentality.

The upshot is that Russian disapproval of the West has soared to all-time highs, with two-thirds (68%) of Russians believing that the threat of a military clash with the West is now more real than at any time in the last 15 years, according to an opinion poll from the state-owned polling agency VTsIOM in March. Two out of every five Russians think it’s necessary to increase spending on the military to boost its strength, despite the economic slowdown that is already eroding living standards, up from only 30% who thought the same a year earlier.

The military spending is also weighing heavily on the national accounts. Russia’s Finance Ministry reiterated its intention to cut this year’s total spending plan by 10% in March, which implies zero nominal spending growth for the full year. The government plans to cut state investment projects and freeze wages of state employees, but military spending has been exempted, which will see the largest year-on-year increase this year.

The federal budget ran a RUB278bn (5.7% of GDP) deficit in January versus a large surplus in January a year earlier, largely caused by this massive increase in military spending. Despite the economic slowdown, government revenue has been performing surprisingly well: January revenues amounted to RUB1.32 trillion, up 8.7% of the full-year plan, ahead of economists’ expectations. However, expenditures grew even faster to RUB1.59 trillion, or 10.3% of the full-year plan; expenditures are thus well ahead of schedule this year and were the main reason behind the budget deficit in January.

“In fact, very sharp acceleration in spending growth (atypical for the beginning of any given year) caused the unexpected deficit: the spending of RUB1.6 trillion in Jan 2015 substantially exceeds the normal RUB1.0-1.1 trillion for this month as well as the low base of RUB760bn in 2014,” said Sberbank’s chief economist, Evgeny Gavrilenkov, in a note. “Massive military spending of RUB710bn (over 20% of the annual defence spending plan) caused the spike.”

With the heavy military spending, Putin has basically sacrificed Russia’s economic prosperity for the meantime as it races to modernise its military and close the gap with the West. He is banking on the high incomes that Russians enjoy as well as tightening control over the press and opposition to buy enough time to complete this upgrade before living standards fall far enough to catalyse popular protests. It is a fine calculation, but given his poll numbers so far he is getting away with it.

Some of the fruits of all this spending will be on show during the parade. One of the most interesting additions for the spies watching the parade on telly will be Russia’s new Armata main battle tank, or T-14, a state-of-the-art motorised gun.

Russia’s tank development programme was not going well with the first modernisation programme cancelled due to ineptitude and corruption, but it seems the problems have been overcome. This year Russia will showcase a brand new high-tech tank that is basically an armoured capsule in the front for the crew with powerful guns that can be fired remotely if need be. Photos appeared on the Russian armed forces website in April, but the highly secret new weapons systems it carries were covered with a canvas.

“The new vehicles are principally clean-slate designs and represent the biggest change in Russia’s armored fighting vehicle families since the 1960s and 1970s,” IHS Jane’s Defence Weekly said in a breathless report after the photos appeared.

Another bit of kit will be the S-400 anti-aircraft missile system. This is Russia’s best missile system that can take down two flying objects – planes or inbound missiles – at a time. Russia has jealously guarded it for years, selling the less effective S-300 system to allies like India.

And taking a leaf out of the US playbook of rewarding allies with arms, Russia lifted an export ban on the S-300 system to Iran in April, much to the consternation of Washington. Delivery of the first batteries is due sometime this year.

However, as part of the Ukraine conflict and the Kremlin’s “pivot to the east”, the Kremlin announced in April it would sell the far more advanced S-400 system to China – the first time Russia agreed to export its best missile defence system. This could change the balance of power in east Asia, as the S-400 can reach targets across Taiwan, whereas the older system’s reach stopped short of the Taiwanese coast. The system also means missiles fired in China could reach Japan and the Indian cities of New Delhi and Calcutta.

The Iskander tactical ballistic missile systems is another star of Russia’s battle order and will also be on show during the parade. An offensive missile system, Russia threatened to deploy Iskander missiles in its Baltic enclave of Kaliningrad in 2013 as tensions rose in the run-up to the current conflict with the West, which seriously unsettled western military experts. Like the S-400, the Iskander missiles have a range of about 400km and so could hit many major cities in Western Europe.

The RT-2PM2 Topol M missiles are a regular feature at the annual parade and one of the few missiles that has been developed since the fall of the Soviet Union.

A powerful intercontinental ballistic missile, it would be the missile of choice in any nuclear exchange with the West should it come to it. The missile carries up to six warheads and has a range up to 10,500km, which means it can hit any country in the world. And because it is “cold launched” from a motorised platform, it is impossible to know where they are hidden in Russia’s vast hinterland.

But these missiles are due to be replaced by a new intercontinental ballistic missile (ICBM) called the Sarmat in 2018 and known in the West as the SS-18 Satan missile. Russia’s space agency (Roscosmos) also said it plans to begin in 2018 the development of the Fenix medium-class carrier rocket to replace the Soyuz rocket family, spending $600m on this missile development alone, as part of a massive modernization programme to Russia’s missile armory. 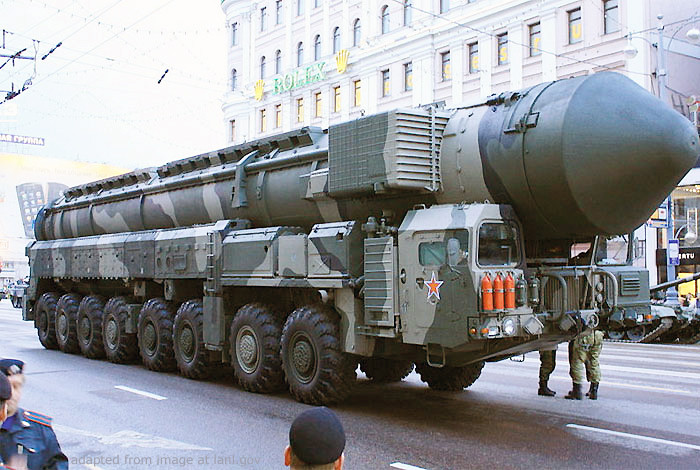 Amongst the crowd-pleasers will be a flyover by the Sukhoi 27 fighter jets, or possibly the newer state-of-the-art Su-35 jets – a high point of the parade every year. Russia’s family of supersonic jets is as good as anything any other country has and remains the backbone of the air force.

The newer Su-35 is unparalleled, with only the US Lockheed Martin F-22 fifth generation fighter coming close to its specifications. Long range with the ability to sustain supersonic speeds without relying on afterburners, some military experts have called it the “killer in the sky”.

Again to the consternation of the West, Russia did a deal with Minsk in 2013 to station a squadron of these jets in the Belarusian capital, right on Europe’s border. Russia has also been selling Su-27s and more recently Su-35s to its allies India and China.

Long-distance bombers Blackjack, Bear and Backfire, which have been unsettling European nations and the US in recent months, will also almost certainly feature in the flyover during the parade.

The Tu-95 and Tu-22M3 (Bear and Backfire) remain the backbone of the Russian long-distance bomber fleet. Despite being developed in the Soviet-era, they remain a formidable threat to both Europe and the US as recent incursions into the airspace of both have shown, as they have a range of 7,300km without refueling. 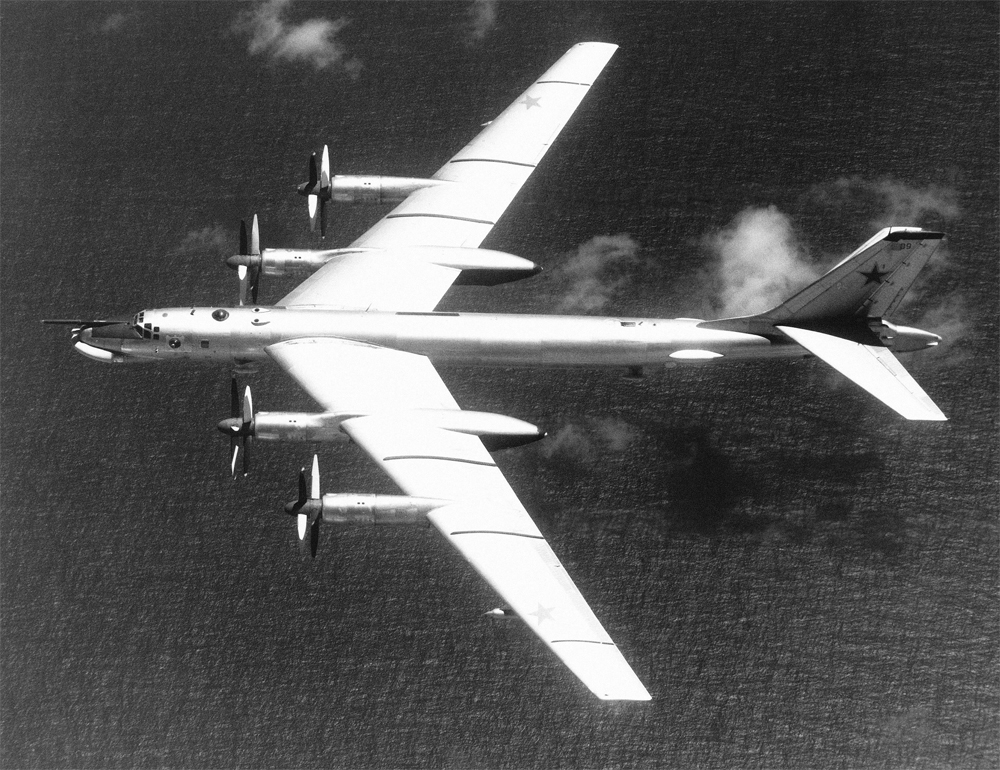 Obviously, Russia’s submarines won’t be display at the parade, but here too Russia is making rapid progress. It is currently building its fifth Yassen class attack submarine, which are due to become the main multipurpose nuclear-powered submarines in the Russian military.

At the same time the submarine port in Crimea is being modernised to serve as a major base for the fleet. Thanks to their stealth, these subs can be quickly and easily deployed to the Mediterranean Sea and on to the Atlantic ocean.

As bne IntelliNews wrote in its cover story Rekindling the Cold War in March 2013, all this spending on hardware was already apparent well before the situation in Ukraine spun out of control, but the pace has picked up since then. The Kremlin hopes to have modernised about three-quarters of Russia’s armed forces by 2018 and European experts have already expressed doubt that they could defeat Russia’s army in a all-out confrontation without help from the US.

And the spending won’t stop. Analysts point to the US decision to unilaterally withdraw from the Anti-Ballistic Missile Treaty in June 2002 as laying the groundwork for the current Russian accelerated spending on arms. This was followed by a US-backed “missile shield” programme for Europe to protect against launches by “rogue states”, but drew very strenuous objections from Moscow, which saw the missiles as targeting Russia.

Since then relations have deteriorated further and more of the security infrastructure ensuring peace has decayed. On March 10 Russia announced that effective immediately it was halting all cooperation with the West under the terms of the Treaty on Conventional Armed Forces in Europe (CFE), citing Nato’s de facto breach of the treaty that was signed by Mikhail Gorbachev at the end of the Cold War. The suspension of the CFE means there are no restrictions on Russia’s military build-up that could threaten Europe.