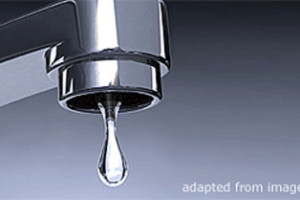 Fighting in east Ukraine has interfered with water treatment, producing a foul stench from the taps that aid workers say could bring health risks. * * * The water supply system in the Donetsk region of east Ukraine has suffered repeated damage during almost a year of fighting between Ukrainian government forces and Russia-backed separatist rebels that has killed more than 6,000 people.

A person familiar with the matter who declined to be identified said chlorine supplies had started arriving under strict security from Russia. This would be sensitive, because Russian support for the rebel areas is a point of contention in the war.

Some utilities workers have been killed while trying to make repairs.

According to the company, eight of its workers have been killed and 10 wounded in fighting as they ventured out to fix damage to water infrastructure.