NEWSWATCH: Five Reasons Democrats Are Suing Over Their Russia Collusion Narrative; The Democratic National Committee just filed a civil suit in the Southern District of New York against the Russian government, members of the Trump campaign, and WikiLeaks” – The Federalist/Willis L. Krumholz 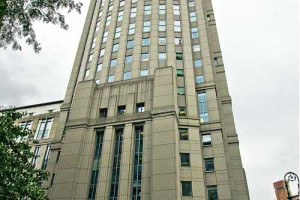 “The … DNC[], still trying to cope with Hillary Clinton’s defeat, just filed a civil suit … [against] the Russian government, members of the Trump campaign … and WikiLeaks. The [66-page] complaint … contains nothing you haven’t heard from the media …. The lawsuit … extensively recount[s] Democrats’ conspiracy-theorist and still-unproven version of the 2016 election. … the mainstream press version of events leaves out about 80 percent …. [for example] that Trump Tower meeting was attended by Russians working with Fusion GPS, the firm the DNC and Clinton campaign paid to concoct ties between Russia and the Trump campaign. With the help of shady Russian sources, Fusion GPS came up with a ‘dossier’ the FBI used as a pretext to spy on the Trump campaign. …. some of the complaint is facially untrue …. The rest is pure allegation. The document is thinly sourced ….”

Just heard the Campaign was sued by the Obstructionist Democrats. This can be good news in that we will now counter for the DNC Server that they refused to give to the FBI, the Debbie Wasserman Schultz Servers and Documents held by the Pakistani mystery man and Clinton Emails.

“… here are the top five potential reasons for the DNC lawsuit … 1. Insurance If the Mueller Investigation Ends …. 2. A Distraction as Russia-Gate Implodes …. 3. Projecting …. 4. An Attempt to Get Trump People in Legal Jeopardy …. 5. Hubris …. * * *  “Wikileaks may be an arm of Russia, but we don’t know that. … WikiLeaks didn’t commit libel[;] they told the truth that the DNC rigged the system against Bernie Sanders. … it is more than possible that in all this Russia obsession, we are witnessing the death throes of … today’s Democratic Party. …”

Click here for: Five Reasons Democrats Are Suing Over Their Russia Collusion Narrative; The Democratic National Committee just filed a civil suit in the Southern District of New York against the Russian government, members of the Trump campaign, and WikiLeaks” – The Federalist/Willis L. Krumholz