NEWSWATCH: “Armenia: Why Has Vladimir Putin Not Intervened So Far and Will He?” – Russia Matters/Simon Saradzhyan

“The resignation of Armenia’s Prime Minister Serzh Sargsyan after more than a week of mass protests in Russia’s backyard begs the question: Why has Moscow not intervened …? … fist-pumping demonstrators bring to mind ‘color revolutions” in the post-Soviet neighborhood that the Kremlin seems to abhor, like the ones in Georgia and Ukraine. But even genuine color revolutions (which Armenia has not yet seen-more on that below) are not enough by themselves to prompt Russia to stage either a covert or overt intervention. For Moscow to intervene in one of its Soviet-era satellites at least two conditions need to be present: First, Vladimir Putin has to see an acute threat to Russia’s vital national interests, such as the potential expansion of antagonistic Western-led alliances too close to Russia’s borders; second, the chances for defending or advancing its interests through the use of force have to be relatively high. …”

“… If Armenia remains a Russian ally, as it likely will … Moldova, which reluctantly plays host to a large Russian military contingent in its separatist province of Trans-Dniester, could be the next target of Russian intervention – if its efforts to pursue integration with the EU and deeper cooperation with NATO progress to what Putin sees as a point of no return. …”

Click here for: “Armenia: Why Has Vladimir Putin Not Intervened So Far and Will He?” – Russia Matters/Simon Saradzhyan 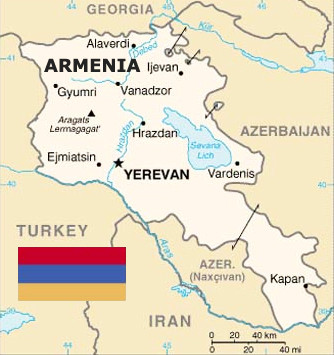