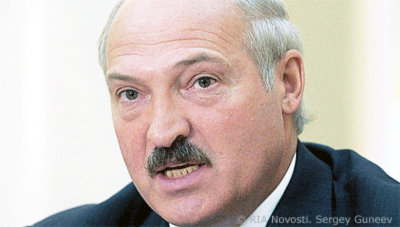 Belarusian President Aleksandr Lukashenka has said that his country “must overcome the cold” of a “standoff” between Russia and the European Union by “equally ” balancing its foreign policy between East and West.

Speaking in Minsk on March 5 at a government meeting on integration issues, Lukashenka said his country’s unique position between the Russian-led Eurasian Economic Union (EES) and the EU “must bring advantages to Belarus.”

“The ideal-case scenario is a balance between eastern and western directions of the Belarusian foreign policy,” Lukashenka said. “Such a balance will be possible only when the EU market turns into a real alternative to the Russian market for us, not only on paper, but in reality.” 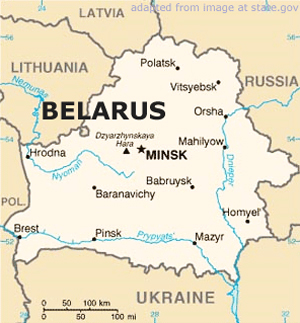 Lukashenka also said that Minsk should “improve our mutually respectful ties with NATO.”

Noting that NATO members Latvia, Lithuania, and Poland all share borders with Belarus, and that neighboring Ukraine is “passionately and heatedly streaming toward” NATO membership, Lukashenka said the alliance posed “a certain challenge and a cause for confrontation that we do not need.”

He said stronger ties with NATO would strengthen Belarus’s security.

“We have to talk to them,” Lukashenka said. ‘We do not have to look at them as enemies.”

On the issue of integration with Russia, Lukashenka said Belarus “fully supports” the idea of further developing the so-called Russian-Belarusian Union State that was established in the 1990s and exists mainly on paper.

But Lukashenka said such a union state is possible only on the basis of “equal partnership.”

“I want everybody in the Russian Federation to hear me, both our supporters and our opponents,” Lukashenka said. “The main principle of the project [of the union state] is equal conditions for our citizens and business entities. A union based on any other principle is impossible. And the principle of equal partnership must be rigorously carried out. The issue of sovereignty also remains unshakeable for Belarus.”

Belarus is a member of the Russian-led EES along with Armenia, Kazakhstan, and Kyrgyzstan.

But Lukashenka on March 5 criticized the bloc, saying that “it lacks progress on development.”

“Unfortunately, the process of the Eurasian integration is being reversed, if it hasn’t been reversed already,” he said. “I am told that there are obstacles, barriers, and restrictions for our business entities,” despite the fact that former Soviet republics are still key purchasers of Belarusian exports.

“I want to add Ukraine and Georgia here, with whom we have a large scale and volume of trade and good relations,” Lukashenka said, suggesting that Minsk considered Kyiv and Tbilisi as friendly despite their ongoing tensions with Russia.

Both Georgia and Ukraine have announced their intentions to join the EU and NATO.

Russia has kept its troops in Georgia’s breakaway regions of Abkhazia and South Ossetia after defeating Georgian forces in a five-day war in August 2008 and recognizing the territories as independent states.

In 2014, Russia annexed Ukraine’s Crimea Peninsula and threw its support behind pro-Russian separatists in eastern Ukraine.

Lukashenka on March 5 also accused Russian media of misinterpreting some of his statements during a lengthy March 1 press conference.

“It was covered like fake news — tendentious coverage with attempts to take some of my statements out of context and interpret them in a way somebody in the Russian Federation wants to,” Lukashenka said.

The Belarusian president refuted Russian reports that he’d said he’d agreed to have a single currency with Russia and that the majority of Belarusians would not support integration with Russia.

With reporting by BelTA and Belapan