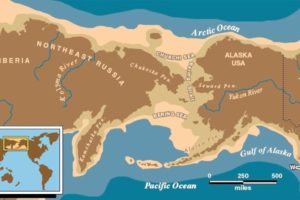 “A new study has revealed … a 14,000-year-old tooth belonging to a close cousin of today’s Native Americans … thousands of kilometers from the landmass that once connected Eurasia and the Americas. … suggest[ing] the Siberian ancestors of North America’s Indigenous peoples were more widespread and mobile …. Sometime about 20,000 years ago, people began to cross the eastern tip of Siberia onto Beringia[, a land bridge connecting Siberia with Alaska] …. Exactly where they lived and roamed in Siberia before that … has long been a mystery. …”