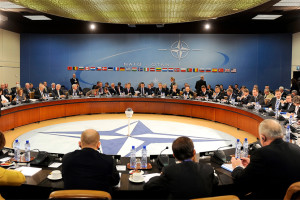 “Representative Adam Kinzinger said on Monday that [NATO] could take out Russia in only three days. … Putin has long taken issue with NATO … raising concerns about the West’s expanding sphere of influence …. [s]pecifically … oppos[ing] … Ukraine joining …. Experts have raised concern the Russia-Ukraine war could escalate into a larger conflict with NATO …. Both Russia and NATO have warned about the potential for an escalation in recent weeks. NATO Secretary-General Jens Stoltenberg said … there is ‘no doubt’ NATO and Russia could fight a major war over Ukraine. ‘I fear that the war in Ukraine will get out of control, and spread into a major war between NATO and Russia,’ he said, adding … ‘if things go wrong, they can go horribly wrong.’ …”