Interfax: Attack on Russian Embassy in Warsaw was unprecedented in scale – spokesperson 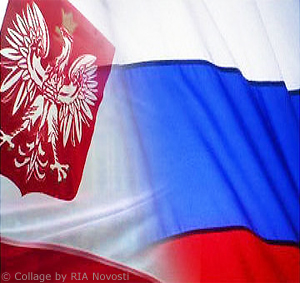 MOSCOW. Nov 12 (Interfax) – An attack Monday on the Russian Embassy in Warsaw by Polish nationalists was unprecedented in its scale, Russian Embassy spokesperson Valeria Perzhinskaya said on the Voice of Russia radio on Tuesday.

“Nationalists take some actions against our diplomatic mission from time to time. However, this is the first time we see it on such a scale. We expected some actions, but surely we didn’t expect the vandalistic attacks to assume such a scale,” Perzhinskaya said.

She explained the incident during an Independence March conducted by nationalists and ultra-rightist radicals celebrating Independence Day in Warsaw on Monday by a high level of anti-Russian sentiments in Poland in general, which, as she said, are fomented by local media.

“This depends on the general media attitudes. In principle, the anti-Russian charge is quite high in the country. The atmosphere here is quite heavy in terms of fomenting an interethnic conflict [between Russia and Poland],” she said.

The Warsaw police have taken the necessary actions to protect the embassy, but they did not act promptly enough, she said.

“We expected more control from the police. The police were somewhat late during the action, although they should be credited for starting to protect us in some time. But all this was certainly delayed,” Perzhinskaya said.