Gilbert Doctorow: “From a chance meeting in Widener to today [re: Richard Pipes]” 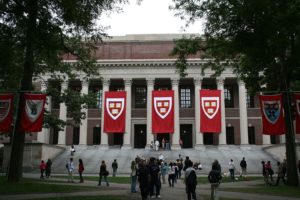 Subject: Fw: from a chance meeting in Widener to today (re Richard Pipes)
Date: Sat, 19 May 2018
From: Gilbert Doctorow <gdoctorow@yahoo.com>

Since you carried the obits of Richard Pipes yesterday, my exchange with Francis Boyle may be of interest to you. No one, NO ONE has raised the issues about Pipes as an historian of Russia that flagged. They only talk about his anti-Russian bias. But then, Brzezinski was no better and had far more direct influence on US policy than Pipes did. Kissinger had more sophistication but was ignorant as hell about Russia and remains so to this day by his choice – read nothing on the country for the past 60 years.

Francis,
Nor am I a fan of Richard Pipes. However, my take is somewhat different. I took Pipes’ survey course of Russian history as a sophomore at Harvard, and he was a very good lecturer. He lived the role – came to class in high Cossack boots as I recall. Was dressed to the nines. The girls were swooning.

He was my tutor for my senior class thesis and then I saw him in a different light, as extremely arrogant and exercising his powers in full at the expense of students and grad students who waited outside his office like peasants. But the same was true of Adam Ulam’s behavior.

I saw him again when I came back to Harvard after completing my doctoral dissertation at Columbia. Many of the sources for my dissertation I found in a fantastic cache of tsarist (printed) documents that miraculously had ended up in the stacks of the Harvard Law Library. Pipes knew nothing about this and frankly did not at all appreciate what a gold mine was there for the possible use of his students. He had no understanding of what archival materials are. In this sense, he was a lousy historian. His interests and capabilities were limited to intellectual history, something which I came to consider fluff. Now maybe I am being unfair, but it is a conscious decision. His failure to appreciate moving forces of history were simply misguided and ignorant.

Pipes was part of a triumvirate with Brzezinski and Kissinger. Of the three he was the least successful in hoped for political influence. There I disagree with you. He attached himself to Jackson and with his protector’s demise, his career hit a wall. The time served in Reagan’s administration was hanging by a thread from the beginning because he was not the boss’s man the way that Brzezinski was to Carter or that Kissinger was to Nixon, then to Ford.

I saw Pipes a year ago and later sent this note to him. I got no response. Now it could come only from beyond the grave.