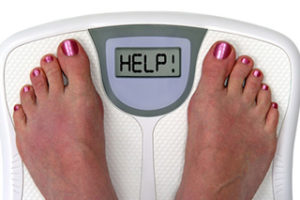 Olga Khlynova and Yevgeny Furman, two doctors who are also candidate members of the Academy of Sciences, say that the average Russian today is an overweight 37-year-old married woman with children who smokes and drinks and suffers from migra[i]nes and depression.

Their observations came during a lecture in Perm on the health status of Russians today, a lecture in which they pointed to the increasing impact of alcohol and smoking on the health of Russian women and their children (znak.com/2018-01-29/kto_takoy_sovremennyy_rossiyanin_chem_boleet_kakoe_potomstvo_ostavlyaet_mnenie_medikov_ran).

Khlynova and Furman say that tragically, Russians are “drinking themselves to death.” Alcohol consumption in Russia is now 18 liters of pure alcohol each year for everyone, including newborns. For adults including women, the figure is much higher. People must learn that “if consumption exceeds eight liters of alchohol a year … the degradation of the nation begins.”

Smoking is also an increasing problem, both direct consumption and via second-hand smoke. And these two things, along with other environmental factors, mean that few Russians by middle age suffer from only one disease but rather from several at once, a situaiton which is even harder to treat.

Smoking has a powerfully negative impact on children, especially if mothers smoke during pregnancy; and electric cigarettes are no solution because they contain powerful carcinogens. Yet another problem is obesity: today, “half of young children in Russia have excess weight.”

Another study reported today focuses on what Russian mothers are telling their children about their lives. Conducted by psychologists at the Higher School of Economics, the research concludes that mothers today see the future as more secure than it was for them and believe that children won’t have “a survivor mentality” (og.ru/society/2018/01/31/94306).

This marks a big change for mothers now who were told something very different by their mothers. They were told, the study says, that “in a dangerous world wwere one must survive each day, one doesn’t need a long-term perspective, ethics or professional habits. One must survive here and now.”