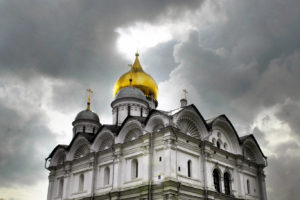 MOSCOW. July 13 (Interfax) – The Russian Orthodox Church condemns racism, but believes that modern people should not bear responsibility for what their ancestors once did.

“Those white people who live on earth now cannot bear responsibility for what their ancestors did a long time ago. Nevertheless, when the state authorities of countries apologize for mistakes made in the past, there’s not only nothing bad in that, but it’s sometimes even necessary, primarily to achieve public accord and reconciliation,” Metropolitan Hilarion, the head of the synodal department of external church relations, said on the program Church and the World on the Rossiya-24 television channel.

Every country has its own view of history, which can change over time, and sensitive moments in history can be interpreted differently, he said. “It’s important that today’s interpretation should reconcile. It should not divide people based on race,” he said.

Racism is a thing that “should become history, once and for all,” and that it is “a universal truth that mankind should have learned from the whole of past history,” he said.