Russian President Vladimir Putin is unhappy with the continuing practice of arresting businesspeople suspected of committing economic crimes, his spokesman has suggested.

His remarks come after US financier Michael Calvey was detained and later charged with fraud in a move that has caused disquiet among investors.

“The president is dissatisfied with how effectively his orders in this area are being implemented. He has quite clearly articulated his position this time,” Peskov said, referring in particular to issues emerging during investigations of such cases. 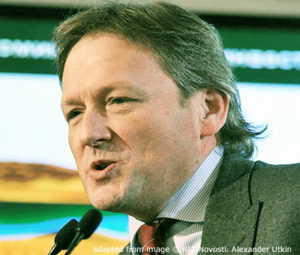 His comments come after Putin said in a state-of-the-nation address on 20 February that “businesses should not be constantly facing the threat of prosecution, constantly feeling the risk of criminal or even administrative punishment”.

According to Peskov, Putin’s position is aligned with the point of view expressed by business ombudsman Boris Titov, who earlier spoke in defence of US financier Michael Calvey. Titov wrote an op-ed in business daily Vedomosti criticising the practise of pre-trial detention of those suspected of committing economic crimes.

Commenting on the Calvey case, Peskov reiterated that the Kremlin can’t comment on investigative proceedings.

“We have no doubts that the truth will be established. Apart from a court, no-one can declare Michael Calvey guilty,” he said, adding that the Kremlin is confident that the investigation against Calvey “will in no way affect Russia’s investment climate,” he said.