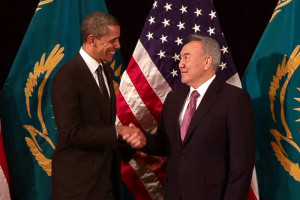 ASTANA. March 19 (Interfax) – Nursultan Nazarbayev, who has stepped down as Kazakh president, will carry on as chief of the country’s Security Council.

“You have put your trust in me all these years. I was happy to serve the people. I bow my head and express gratitude. I worked hard to fulfill the will of the people. I will continue at the head of the Security Council and the Nur Otan party,” Nazarbayev said during his televised address to the nation on Tuesday.

He went on to refer to his status of first president and leader of the nation, which allows him to remain at the head of the Kazakh Security Council.

“I remain chairman of the Security Council, vested with significant powers. I carry on as leader of the Nur Ortan party, as a member of the Constitutional Council. In other words, I will be staying with you. Concerns of the country and the people will remain my concerns,” he said.

His next goal is “to ensure a transition of power to a new generation of leaders who will continue current reforms in the country,” Nazarbayev said.