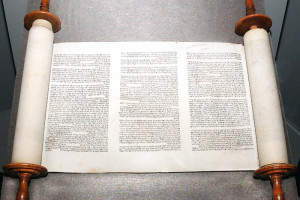 Anti-Semitism is on the decline in Russia, particularly since the Soviet period, according to a report by the independent Levada Center commissioned for the Russian Jewish Congress.

Various estimates count the Jewish population in Russia anywhere from 180,000 to 1.5 million. During the Soviet Union, Jews in Russia were targeted by the government with anti-Semitic imagery, slogans and even arrests during times of high political tension.

Levada’s most recent polling number found that 80 percent of respondents said anti-Semitism levels have receded since the Soviet period. The survey included interviews with the general population as well as Russian Jews.

Seventy-five percent of Russian respondents told Levada that anti-Semitism has either decreased or stayed the same over the past five years, while 17.6 percent said it was on the rise.

“Studies of the environment for Jews in Russian cities show that manifestations of anti-Semitism against Jews are increasingly unlikely,” said the authors of Levada’s report.

The report said Russians do not perceive Jews as a “present-day enemy” and more often display positive attitudes towards Jews to avoid perceptions of anti-Semitism.

A relatively small number of Jewish people living in Russia, compared to the group’s population during the USSR, as well as difficulty in identifying members of the ethnicity, have all contributed to a decline in anti-Semitism, the pollster noted.

In a similar poll taken in 2015, Levada also noted a decline in anti-Semitic sentiments compared to previous years.

However, a majority of Levada’s Jewish respondents said there was a “serious” or “very serious” threat of anti-Semitism from Jewish jokes or other casual expressions of anti-Semitism.

The report also warns that a state-level pivot toward anti-Semitism could immediately awaken the “suppressed” anti-Semitism in the population, RBC reports.

“State anti-Semitism paves the way toward the household,” Levada warned in its analysis.