“The Kolyma Highway in the Russian Far East once delivered tens of thousands of prisoners to the work camps of Stalin’s gulag. The ruins of that cruel era are still visible today.” “… [P]risoners, hacking … through insect-infested summer swamps and winter ice fields, brought the road … [which] then brought yet more prisoners … a torrent of slave labor […]

RUSSIALINK: “On This Day Victims of Political Repressions Are Honored; The day was declared by political prisoners in 1974” – Moscow Times

(Moscow Times – themoscowtimes.com – October 30, 2019) On Oct. 30, 1974 a group of dissidents imprisoned in Soviet labor camps in Mordovia and Perm declared the date the Day of the Political Prisoners in the U.S.S.R. Led by Kronid Lyubarsky, the prisoners put forward a list of demands, which included recognition of political prisoner status; separation of political prisoners […] 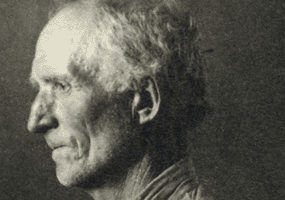 Subject: Russia Redux: the Gulag Museum Date: Sat, 21 Sep 2019 From: Sharon Tennison <sharon@ccisf.org> [Text with photos: ccisf.org/russia-redux-the-gulag-museum/] Our September 2019 mega-delegation of American citizens were dazzled by the beauty of current day Russia and also horrified to learn what today’s grandparents and great-grandparents endured in the Gulag work across the USSR. It is reported that over 17,000,000 persons, […] 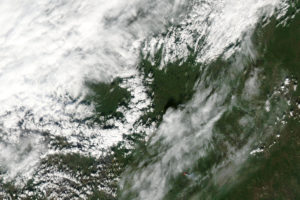 GULAG was Not Something Far Away in Siberia: It was All Around Even in Moscow

(Paul Goble – Window on Eurasia – Staunton, October 29, 2018) Today, Russians of good will paused to remember those who had suffered and died in Stalin’s GULAG. This commemoration took many forms but one of the most significant risks being lost: a new map of “The GULAG in Moscow” shows that Stalin’s camps and torture places were not somewhere […]

(Moscow Times – themoscowtimes.com – June 14, 2018) Russia’s Interior Ministry has denied reports that records of Soviet-era gulag labor camp survivors are being destroyed, saying instead that the files are being digitized. The Gulag Museum in Moscow alleged last week that cards with the personal information of former inmates and their release dates were being permanently destroyed under secret […]

RUSSIALINK TRANSCRIPT: “[Putin at] Opening of Wall of Sorrow memorial to victims of political repression” – KremlinRu

(Kremlin.ru – October 30, 2017) Following the meeting of the Council for Civil Society and Human Rights, Vladimir Putin and the Council members attended the opening of the Wall of Sorrow memorial to victims of political repression on Akademika Sakharova Prospekt. The opening was also attended by Patriarch Kirill of Moscow and All Russia and Moscow Mayor Sergei Sobyanin. President […]

(Kremlin.ru – October 30, 2017) Vladimir Putin chaired a meeting of the Council for Civil Society and Human Rights at the Kremlin. The focus of the meeting was on measures to implement the State Policy Concept on immortalising the memory of victims of political repression. The agenda also included issues related to the Council’s activities on ensuring citizens’ environmental rights, […]

Russia To Unveil Monument To Victims Of Political Repression

(Article ©2017 RFE/RL, Inc., Radio Free Europe/Radio Liberty – rferl.org – October 30, 2017 – also appeared at rferl.org/a/russia-stalin-putin-soviet-repression-remembrance-day-moscow/28823208.html) Amid controversy over his own methods of maintaining control over Russia, President Vladimir Putin is scheduled to appear at the unveiling of a memorial dedicated to victims of state repression during the Soviet era. The Wall Of Sorrow will be unveiled on […]

“… Knesset Speaker Yuli Edelstein made history in Moscow yesterday. For one of the former USSR’s most famous refuseniks – Prisoners of Zion – to address Russia’s parliament 30 years after his release from the Siberian gulag is nothing less than another Russian Revolution vis-a-vis world Jewry. …”

(opendemocracy.net – Bulat Mukhamedzhanov – March 31, 2017) Bulat Mukhamedzhanov is coordinator for Zona prava, which provides legal and informational support to prisoners and criminal defendants in #Russia. Right now, 17 prison officers are on trial in the southern Russian regions of Krasnodar and Kalmykia – they’re accused of meting out severe beatings to their charges, two of whom died […]

MOSCOW. March 28 (Interfax) – The Federation of Jewish Communities of Russia (FJCR) has called Stalin a Herod who was exterminating his own people. “Stalin must remain to generations a Herod who built the GULAG, BAM [Baikal-Amur Mainline], who expanded the railway and won the Second World War, the man responsible for mass deaths of his own people. Murderer!” Boruch […]

MOSCOW. Nov 24 (Interfax) – A database of almost 40,000 NKVD officials of the ‘Great Terror’ era was published on the website of the Memorial society, the organization told Interfax. “Access to A. N. Zhukov’s directory ‘Personnel of the State Security Bodies of the USSR. 1935-1939’ has been opened on the Memorial website,” Yan Rachinsky, co-chairman of the human rights […]

RBTH: The Georgian on their mind: Why Russians still approve of Stalin

Public opinion surveys show that today support for Stalin in Russia is the highest it has been since the fall of the Soviet Union. More than half of Russians believe that he played a positive role in the history of the country and the Communist Party is even planning to use the image of the Soviet leader in the next […] 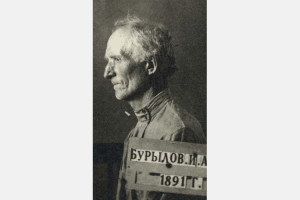 (Moscow Times – themoscowtimes.com – Howard Amos – November 5, 2015) [Photos here http://www.themoscowtimes.com/arts_n_ideas/article/new-museum-stakes-claim-to-russias-gulag-legacy/542211.html] Russia’s largest museum devoted to the horrors of the Soviet gulag has opened, even as many Muscovites remain unwilling to talk about political repression. Moscow’s new Gulag Museum opened Friday even as the country remains polarized by the legacy of its brutal system of Soviet-era prison […]

NEWSLINK Washington Post: Closing the doors on a museum of political repression in Russia

The only museum of political repression set in an old Stalinist labor camp has closed, the latest casualty of the Russian government’s effort to silence independent voices. After a three-year struggle with the government of the Perm region, in the western foothills of the Ural Mountains, the nongovernmental organization that operated the museum, known officially as the Memorial Historical Center […]

Russia’s highest court on Thursday refused to legally rehabilitate Genrikh Yagoda, the head of the Soviet-era NKVD secret police who oversaw Stalinist purges in the 1930s and set up the GULAG forced labor camps. Yagoda ran the NKVD between 1934 and 1936, was dismissed in 1937 and executed in 1938 for treason and conspiracy, becoming one of millions of victims […]

Interfax: Putin calls for showing respect for all periods of national history

MOSCOW. Dec 19 (Interfax) – Russian President Vladimir Putin is opposed to the attempts to agitate or split society over attitude to monuments to certain historical figures. “We should respect every period in our history, and it is better not to agitate or blow our minds with certain premature actions that may split our society,” Putin said. He said he […]

(opendemocracy.net – Ola Cichowlas – November 9, 2013) Ola Cichowlas is a British-Polish freelance journalist. She covers Russian regional politics and the arts in provincial Russia. The northern territory of the Perm region is known as ‘the Zone’ ­  a remote region of prison camps and correctional facilities. Ola Cichowlas came to know it quite well…. Russia’s prison camps are […] 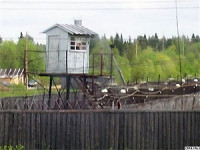 (Business New Europe – bne.eu – Julia Reed in Moscow – November 7, 2013) “Who was killed in your family?” A man in a beret in his early 60s asked me as he joined the long queue of people. We were both attending the annual recital of the names of the victims of political repressions in Russia by the Solovetsky […]

Vyatlag: the Gulag then and now