Ever More Russians Drawing Analogies between Russia Now and Russia in 1917, Kagarlitsky Says

(Paul Goble – Window on Eurasia – Staunton, January 15, 2019) Ever more Russians are drawing analogies between their country today and its situation in 1917 and between Vladimir Putin and the last tsar Nicholas II, sociologist and commentator Boris Kagarlitsky says; and this is quite “logical” given the tone deaf reaction of the powers that be in both cases […] 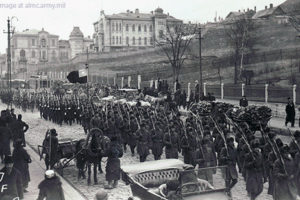 [Transcript, photos, original audio: npr.org/sections/parallels/2018/05/28/608455970/in-russia-scant-traces-and-negative-memories-of-a-century-old-u-s-intervention]  “… civil war was raging across Russia … [between] the Bolsheviks … [and] the ‘Whites’ – supporters of the deposed czar, republicans, social democrats, Cossacks. … the Bolsheviks withdrew Russia from [World War I] in March 1918. … More than 8,000 U.S. troops started landing in Vladivostok in August 1918 to guard Allied military stocks … […]

How did 1917 change the west? Failed utopias lead to the death of idealism, and the likes of Putin and Trump are symbols of this process. As we watch Russia struggle with history, the U.S. and U.K. cannot afford to pretend that this history doesn’t affect us too.

(opendemocracy.net – Sam Greene – November 22, 2017) Samuel A. Greene is Reader in Russian Politics and Director of the Russia Institute at King’s College London Revolutions – and their centenaries – are best dealt with in the first person. That, of course, creates a certain awkwardness for an academic, whose stock in trade is meant to be distance from […] 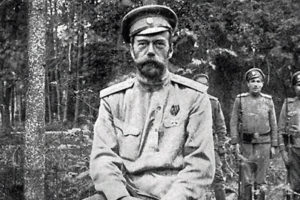 “The centennial anniversary of the launch of the Russian Revolution on Nov. 7 will serve as a haunting reminder for Russia’s current leaders that their power is finite. … a year after Russia observed the 25th anniversary of the collapse of the Soviet Union, a similarly unsettling marker for the [Putin] government … facing opposition from within its own ranks and on […]

Pavel Koshkin: “The Review on Zygar’s Book — The Empire Must Die”

Subject: the review on Zygar’s book — The Empire Must Die Date: Thu, 9 Nov 2017 From: Pavel Koshkin <pkoshkin.russia.direct@gmail.com> The Empire Must Die: Understanding Russia’s political theater between 1917 and 2017 The main goal of Mikhail Zygar’s new book is to prove that every member of society can contribute to the development of a country’s history and make difference. […]

On Revolution Centenary, Perplexed Russians Ask, ‘Who Am I To Judge?’

‘Rejection of Revolution Not a Mandate for Stagnation,’ Nezavisimaya Gazeta Says

(Paul Goble – Window on Eurasia – Staunton, October 24, 2017) Vladimir Putin twice last week spoke of evolution as “a positive alternative to revolution,” the editors of Nezavisimaya Gazeta say; but in fact, he has taken the rejection of revolution as an alternative to be de facto a mandate for stagnation in Russia rather than a call for gradual […]

MOSCOW. Oct 25 (Interfax) – The Kremlin did not plan to celebrate the Russian Revolution’s centenary in the first place, presidential press secretary Dmitry Peskov told reporters on Wednesday. “The Kremlin is not planning any events on this occasion,” Peskov said. “No one is cancelling anything,” he said. The media said that the Kremlin had planned no events celebrating the […]

NEWSLINK: “One hundred years on, what do Russians think of 1917? An aristocrat, a protester, a religious activist and a communist give their views on the revolution” – Financial Times

“… Russia strives to strike an odd balance … remembering the uprising that brought about the Soviet Union … stopping short of romanticising regime change. … 1917 saw Tsar Nicholas II abdicate in March and the Bolsheviks … seize power in October. Civil war erupted … followed by the creation in 1922 of the USSR, built on the ruins of the Russian empire. … Russia still […]

NEWSLINK: “‘We are nothing, let us be all.’ The century of revolution. The first communist revolution had almost as many consequences for the rest of the world as it did for Russia itself. Its demise has brought about another type of universalism: capitalist globalisation.” – Le Monde Diplomatique/ Serge Halimi

“… The ‘end of communism’ seemed to settle the great debate that opposed the main currents of the international left after the Russian Revolution, the defeat of one of the protagonists entailing the victory of the other, social democracy’s revenge on its boisterous sibling. That triumph was short-lived. The centenary of the storming of the Winter Palace is coinciding with […]

Interview with Mikhail Zygar — 1917-2017: An ominous anniversary for Russia; Here is why the Kremlin is not eager to celebrate the 100th anniversary of the 1917 revolution and use it in its political goals.

[Interview conducted, transcribed and adapted by Pavel Koshkin, Former Editor-in-Chief, Russia Direct] Mikhail Zygar, the author of the project “1917.Free History”, talks to Johnson’s Russia List (JRL) about the reasons why the Russian authorities don’t use the 100th anniversary of the 1917 revolution in their political goals. He also discuses the lessons the Kremlin should learn from these dramatic events […]

Deciphering a Revolution; ‘1917: Code of a Revolution’ is the first exhibition marking this year’s centenary

(Moscow Times – themoscowtimes.com – Andrei Muchnik – March 31, 2017) In 2017, Russia marks the 100th anniversary of one of the most crucial episodes in its history – the October Revolution. And what better place to hold the first in a series of exhibitions devoted to the centennial than the Museum of Contemporary Russian History – known until 1998 […]

NEWSWATCH: “In defence of the Romanovs: the centenary of the February Revolution” – The Spectator (Australia)/Matthew Dal Santo

“A century ago today, as the Imperial Train sat impounded at a provincial station 180 miles from Petrograd, Russia’s last Tsar, Nicholas II (1868-1918), signed an act of abdication. The Russian Revolution was formally in motion. Slightly more than eight months later, the liberal republic that succeeded the Romanov autocracy had given way to seven decades of Communist dictatorship. … most […]

NEWSLINK: “From Russia with love – lessons for today from a revolution 100 years ago” – Ottawa Citizen/Paul Robinson

“One hundred years ago this week, a protest about food shortages in the Russian capital, Petrograd, turned into the violent revolution that overthrew Czar Nicholas II and brought the Romanov dynasty to an end. The liberal-minded provisional government that assumed power did not last long, succumbing to another revolution eight months later, which inaugurated 70 years of Communist rule. It […]

(RFE/RL – rferl.org – Robert Coalson – March 5, 2017) “The past isn’t dead,” goes American novelist William Faulkner’s famous aphorism. “It isn’t even past.” As Russia looks back on the fateful events of a century ago, when a pair of revolutions overthrew a tsar and installed Bolsheviks, liberal politician and Yabloko party candidate for the 2018 presidential election Grigory […]

NEWSWATCH: “Estrangement from history: 100 years since Russia’s February Revolution; In February 1917, the reign of the Romanov czars came to an end. This event was a precursor to the October Revolution later that year. In Russia, what went on in February is not widely known.” – Deutsche Welle/Volker Wagener

“It’s a date that cannot be ignored: February 23, according to the Julian calendar (March 8 in the Gregorian calendar). It is a date that forces Russian society to confront a part of its history that for many is difficult to reckon with. A 100-year anniversary usually involves state-organized events. But that’s not so for the February Revolution in Russia […]

NEWSLINK: “Could Russia have avoided revolution in 1917? A century on from Nicholas II’s abdication, Dominic Lieven asks whether democracy was ever likely to take root.” – Financial Times

“When I began my academic career in the 1970s, the shadow of the 1917 Revolution loomed over the whole of Russian history. Historians of late imperial and early Soviet Russia, in particular, worked at the epicentre of the ideological conflict between democratic capitalism and communism that raged in the cold war era. …”

Romancing the Revolution; Russians may not celebrate the start of the Revolution officially, but that has not stopped them from finding ways to revel in revolution.

(Russia Beyond the Headlines – rbth.ru – Chris Fleming, special to RBTH – November 7, 2013) Dr. Chris Fleming is a senior lecturer in Humanities and Communication Arts at the University of Western Sydney. For much of the twentieth century, Russians celebrated the October 1917 Revolution ­ the event which brought Lenin and his party to power. Russia no longer […]