JRL NEWSWATCH: “Mueller’s Fruit of the Poisonous Tree; It makes no difference how honorable he is. His investigation is tainted by the bias that attended its origin in 2016” – Wall Street Journal/David B. Rivkin Jr., Elizabeth Price Foley

“Special counsel … Mueller’s investigation may face a serious legal obstacle …. antecedent political bias. … the Justice Department’s inspector general[] unearthed a pattern of anti-Trump bias by high-ranking [FBI] officials …. their communications … were ‘… indicative of a biased state of mind … imply a willingness to take action to impact a presidential candidate’s electoral prospects.’ Although … [Inspector General] Horowitz could not definitively ascertain whether this bias ‘directly affected’ specific FBI actions in the Hillary 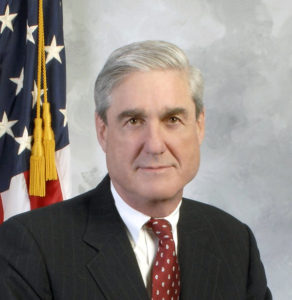 Clinton email investigation, it nonetheless affects the legality of the … inquiry, code-named Crossfire Hurricane. … launched only months before the 2016 election.  * * * The totality of the circumstances creates the appearance that Crossfire was politically motivated. … an attempt by federal law enforcement to influence a presidential election ‘shocks the conscience,’ any prosecutorial effort derived from such an outrageous abuse of power must be suppressed. The public will learn more once the inspector general finishes his investigation …. [G]iven what is now known, due process demands … the special counsel’s activity be paused. …”

Click here for: “Mueller’s Fruit of the Poisonous Tree; It makes no difference how honorable he is. His investigation is tainted by the bias that attended its origin in 2016” -Wall Street Journal/David B. Rivkin Jr., Elizabeth Price Foley