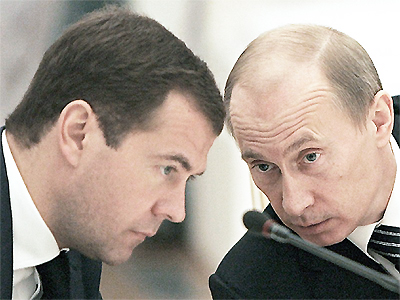 Russian Prime Minister Dmitry Medvedev has warned that the reforms needed to save Russia’s economy will have “a high social cost” for the Russian people.

Writing in an article for Russian economic journal “Questions of Economics,” Medvedev pledged that Russian authorities would not revert to Soviet-style planning, but maintained that deregulation was not the answer.

“It is simply unacceptable to return to very strict regulation and the patterns of Soviet planning. This rigidity led to the collapse of the Soviet model in the modern, post-industrial age,” he wrote. “Yet the complete deregulation of the economy would bring disastrous consequences for which the people would end up paying.”

Medvedev also warned of inherent dangers in “seemingly simple economic ideas” and populist reform, warning against plans such as transitioning to a mobilization economy, the nationalization of large firms, or the total sale of all state property.

“We need to limit populist reform, as well as any reform which comes at the expense of the people. The first ultimately leads to the second,” he wrote.

According to the prime minister, the necessary structural reforms require a high social cost. “If there isn’t enough money in the budget, we are not going to print out more to cover missing revenue. Everyone understands that would fuel inflation, and devalue people’s income, salaries and pensions,” Medvedev wrote.

The article was published followed high-level meetings on Wednesday to discuss the state budget from 2017-2019.

Medvedev said that modern Russia faced different economic challenges to those which ravaged the country in the early 1990s.

“The work will involve deep structural reforms to increase efficiency in both the state and private sectors. This is quite different from the mass closure of businesses, loss of revenue, and social disintegration degradation of the social sphere, which we saw at the beginning of the 1990s.”