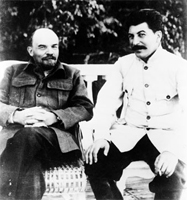 “… Ukrainians are taking aim at the symbols of Russian cultural dominance that Moscow spread during centuries of rule over territory that now makes up much of Ukraine. The goal … [reportedly] is to counter centuries of Russian propaganda, embraced by many Russians, that Ukrainians and Russians are one people, with the same history and heroes. … Putin has promoted this claim in seeking to justify his invasion. … Ukraine struggled to define its own vision of its past and culture after declaring independence from the Soviet Union in 1991. A democratic revolution and Russia’s invasion in 2014 gave it a shot in the arm.  …”