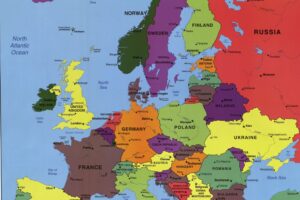 “The leaders of Russia, France and Germany met by conference call … discuss[ing] coronavirus vaccines, the Iranian nuclear standoff[,] … eastern Ukraine, Libya … Syria [and Navalny]. … [They] emphasized that a 2015 peace deal [regarding eastern Ukraine] brokered by France and Germany has no alternative, the Kremlin said. … Russian officials have rejected [U.S. and EU] demands …

to free Navalny and stop the crackdown on his supporters. In … [the] call, Merkel and Macron emphasized the need for Russia to respect Navalny’s rights … [under] the European Convention on Human Rights and protect his health ….”

Russia has been seeking actively to export the Sputnik V vaccine abroad despite slow distribution domestically. The European Medicines Agency has  started a rolling review of Sputnik V, based upon the same criteria it applies to other alternatives.