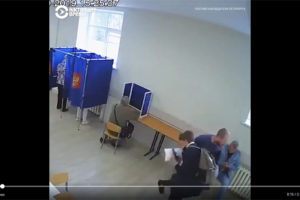 “Russian electoral statistician Sergey Shpilkin says there are already clear signs of ballot stuffing even before the voting in Russia’s referendum on changes to the constitution begins.”

“Russia started early voting in its controversial referendum on changes to the constitution on June 25 that will reset the presidential term counter for … Putin … and allow him to remain in office until 2036. … Russian statistician Sergey Shpilkin claims … there are already signs of vote rigging in the data on registered voters. Shpilkin is an expert on voting statistics and has caused several scandals in the past … highlighting discrepancies in … voting patterns … strongly suggest[ing] vote rigging. … credited with helping … inflame Russian voters’ anger over the blatant vote rigging in the 2011 Duma election that led to large-scale street protests ….”