Interfax: Ombudsman: Khodorkovsky pardon unlikely to have much effect on Russian business 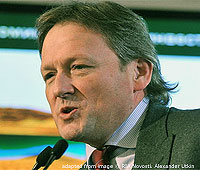 “Of course, for Russian business it is not a big but a positive piece of news. However, this won’t radically affect the overall situation in business because business communities are pragmatic, money-counting people and they don’t react very much to decisions such as Khodorkovsky’s being pardoned by the head of state. It’s more likely to affect the political and social climate in the country,” the ombudsman, Boris Titov, told Interfax on Monday.

Russian business people are more concerned about “how their partners are doing” and “what’s happening in a specific industry or region,” Titov said. Foreign business is more likely to react to Khodorkovsky’s release, he said.

Asked whether his office would give Khodorkovsky any help if the latter asked for it, Titov said: “Our staff have prepared an expert assessment of the Khodorkovsky case. It isn’t an easy case, least of all the second case. No clear legal qualifications have been made in those cases. If Mikhail Borisovich considers it necessary to come to us and raise those issues, we will show him all our expert assessments, and we may hold a public hearing as well.” 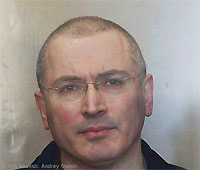 Titov said Khodorkovsky was unlikely to set up a company as large as his former oil company Yukos because, the ombudsman argued, such big amounts of property don’t change hands these days.

“But Khodorkovsky has a very large potential, he is an intelligent and knowledgeable man. If he wants to set up some new enterprises, say, in the innovations industry or services industry, he will do so,” Titov said.

Khodorkovsky had told reporters in Berlin on Sunday that, in the letter in which he asked Putin for pardon, he had said he would not seek taking back Yukos assets that he had lost. “In my letter to Putin I said that business and any action for the return of the assets is a closed matter for me,” Titov said.