Anti-Semitism quite uncommon in Russia – report 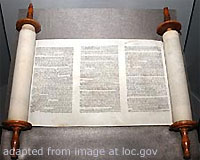 (Interfax – MOSCOW. April 6, 2013) Authors of a research on the level of anti-Semitism in Russia in 2011-2012 concluded that animosity toward Jewish people in the country is fairly uncommon, although they mentioned worrying manifestations of it among some nationalists, Muslims and government officials.

“The level of crimes motivated by anti-Semitism continued to be relatively low in 2011-2012. Five attacks, one insult, and 38 instances of vandalism based on anti-Semitism were recorded in the two years. Compared with the leading countries of the West, Russia can be described as ‘an island of peace’,” says a report presented in Moscow on Friday by a group of experts from the Jewish community in Russia set up by the Eurasian Jewish Congress.

The document suggests that so-called ‘new anti-Semitism’ based on fierce criticism of Israel’s policy is virtually absent in Russia.

At the same time, at least 8% of Russians are sure that Jews are among Russia’s main enemies, the report found. Anti-Semitism is quite common among people adhering to nationalistic views, and “anti-Semite rhetoric is being exploited by two parliamentary parties, the Communist Party and the Liberal-Democratic Party.”

The experts were also alarmed by behavior of some provincial public officials “trying to directly deny the fact of the Holocaust.”

“The anti-Semitic ideology is being gradually instilled in the minds of Russian Muslims and migrant workers from Muslim countries. It is symptomatic that one of the two serious attacks on synagogues in 2012 was committed in Derbent, a city in Dagestan, where there is a significant number of radical Islamists,” the report says.

Although law enforcement agencies are combating xenophobia and anti-Semitism quite actively, some of these officers do not possess “elementary knowledge necessary to counter anti-Semitism” and therefore they actually turn a blind eye to this phenomenon.