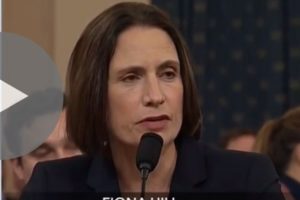 Vladimir Putin’s presidency has lasted over 20 years. In July, he further cemented his grip on power with the approval of a series of new constitutional amendments, 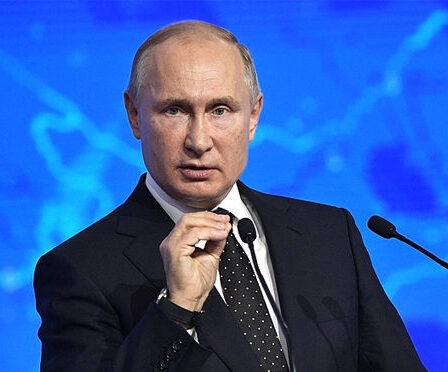 giving him the ability to extend his presidency to 2036 and potentially making him the longest-serving head of state in modern Russian and Soviet history.

On July 29, we hosted a conversation with Dr. Fiona Hill on Vladimir Putin, his regime, and how her thinking on Putin has evolved over the years.

“Although what Russia did in 2016 in terms of scale wasn’t that considerable, it had a much larger amplified impact than, I think, even the Russians anticipated. And certainly we ourselves had a failure of imagination to think that some of the things that Russia did in the U.S. were no different than operations, active measures, influence operations, disinformation operations that they’ve carried out in other places going back all the way through the Cold War and even back to the Tsarist era. I mean, this is kind of something that the Russian intelligence forces have just done as a matter of course and certainly think that this is kind of fair game in the larger of all scheme of things. I think even they’re scratching their heads about the impact and the scale of the impact that they had, that we had a failure of imagination to think that what had worked in sort of a Moldova or Ukraine or Georgia or somewhere else would have an impact here and it was because we were uniquely vulnerable in that period, given the nature of our domestic politics. And so as a result of that, Russia has become a factor in our domestic politics.”

“Now, admittedly, there were certain issues that we were trying to deal with in a more strategic sense. There is of course the annexation of Crimea, which was the first real attack of that nature by a major European power since World War II… and then, of course, there’s the war in Donbas, there’s the intervention in Syria, you know, there’s a lot of episodes, events, all sorts of things we can point to, I mean, I could go on, obviously, where we have to have a reaction, but that again shouldn’t be the only frame. We have to assess all of these issues on their merits and figure out how are we going to move forward, not be constantly pulled back into the same discussion, because at this particular juncture with the pandemic, facing a crisis, a climate crisis… we all know that things are happening here that we need to focus on and to address and the more that we’re in this tactical mudwrestling fight with Russia, the less we can move forward on addressing big issues.”

“National security issues should not be partisan. They should not be politicized because they affect all of us and the risks of something getting out of control are far too high. We give our system a shock again to realize that we have to take this out of this political partisan domain and think about it with sensibility. If we can’t do it on the Congressional and Senate level now, [we can with] think tanks and other entities. At least we can have some kind of discussion on the contours, which I don’t think are mysterious to anyone. We’d all be generally on the same page. I mean, we want to deter Russia from doing the things that it’s been doing, but we do want to find a different frame for our interactions.”

“What I would advise to whoever is going to be the President after January and the new administration is to take a serious look at Russia, try and get it out of our domestic politics. Obviously, it’s going to be difficult given the current configuration of where things are…but then start to think about how we work with our allies. From my experience, it’s only when we’ve had a unified, coherent front with everyone else, not necessarily because Russia was a threat, but as a problem that we have to deal with and manage, that we’ve actually managed to make some headway. It doesn’t always involve just moving troops around. Diplomacy is pretty key here. It’s how we conceive of reforming our own institutions, how we think about our relationships with other key players. We have to be on the same page.”