The Global War on Chechnya: What Does 9/11 Teach Us About Counterterrorism Cooperation With Russia? 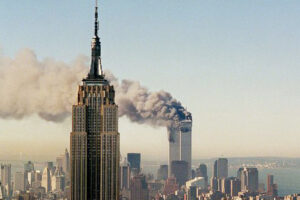 Paul Kolbe is the director of the Intelligence Project at the Belfer Center for Science and International Affairs.

A colleague of mine who worked closely with Russian security services on sharing intelligence in the weeks and months after the 9/11 attacks was fond of pointing out a fundamental disconnect. He noted that while the United States wanted Russia to join the Global War on Terror (GWOT), the Russians just wanted the United States to join in the GWOC, the Global War on Chechnya.

His wry joke perfectly encapsulated the counterterrorism relationship between the United States and Russia as it evolved after 9/11. In the weeks that followed, Russia, shocked by the attacks and worried about its own security, provided the United States with three main lines of support of varying degrees of importance — intelligence, ground and airspace transit permission, and non-opposition to the establishment of critical U.S. bases in Central Asia. In return, Russia hoped for recognition of its status, greater deference to Russian interests and reciprocal intelligence to aid its own bitter counterterror and counter-separatist fight.

Whenever commentators and policymakers grapple with concrete ways to improve American and Russian bilateral relations, they gravitate toward counterterrorism intelligence sharing as representing a logical and easy first step. Afterall, who could disagree about the desirability of comparing notes on al-Qaida, of cooperating to prevent nuclear terrorism or of sharing information that will save lives? The most skeptical can agree that these are important goals even when relations are at their lowest. The basic humanity of sharing threat information which protects innocent lives is an easy lift.

After 9/11, spurred by the fear of new attacks and with the Cold War in the rearview mirror, there was a strong belief that a new intelligence relationship between Russia and the U.S. could emerge in the 21st century. The U.S. and Russia shared reports and leads, provided mutual access to detainees for questioning and even entertained proposals for joint operations. Delegations traveled between Moscow and Washington, reams of paper were exchanged and some bad actors were identified and arrested. The U.S.-Russia Working Group on Counterterrorism, co-chaired by U.S. Deputy Secretary of State Richard Armitage, and Russian First Deputy Foreign Minister Vycheslav Trubnikov met regularly. Officials and pundits spoke of the common fight against terror as representing hope for a fundamentally recast U.S. and Russian relationship, the dawn of a new era.

Despite this activity and initial enthusiasm, the practical results did not live up to the expectations of either side. Neither Russia nor America had good sources on the other’s top priorities, and neither found the other’s information compelling or of truly strategic value. The Russians couldn’t help America get Osama bin Laden, and America couldn’t help the Russians in Chechnya.

Further, it did not take long for fundamentally divergent interests and worldviews to exert a corrosive effect, reducing trust and casting doubt on the utility of engagement. After the fall of Kabul, Russian intelligence sharing declined precipitously. Then-U.S. Secretary of State Condoleezza Rice’s comment in 2001 that “Russia has been one of our best allies in terms of intelligence sharing…” was just not true. A long list of countries, many not friendly, provided far more concrete, illuminating and actionable intelligence after 9/11 than Russia. The United Kingdom, France, Israel, Jordan, Morocco, Egypt and even Libya, all provided intelligence cooperation that was orders of magnitude more consequential than that provided by Russia.

What was important though, was Russia’s political support for U.S. bases and overflight in Central Asia. This acquiescence was critical to the early U.S. war effort in Afghanistan. Rice noted that, “in terms of support for American operations that have taken place in Central Asia—this has been an extremely important relationship for us.” The early days of the American effort in Afghanistan depended on the U.S. facilities at the Manas Transit Center in Kyrgyzstan and Karshi-Khanabad Air Base in southern Uzbekistan which provided supply and transportation links for landlocked Afghanistan. A C-130 flight that would take 13 hours from Ramstein to Bagram became a two or three day haul requiring multiple air space clearances and refueling stops if not transiting Central Asia.

Russia grew tired and suspicious of the U.S. military presence and operations in Central Asia, resented NATO encroachment and worried about being encircled and constrained. The American military presence in Central Asia became an unacceptable infringement on Russia’s perceived zone of influence and control. As a result, under pressure from Russia, Uzbekistan forced the U.S. from Karshi-Khanabad in 2005, and Kyrgyzstan withdrew permission for the U.S. to use Manas Air Base in 2014.

Growing mutual distrust further undermined cooperation as each side became convinced the other was actively supporting their foremost adversaries while maintaining a public face of cooperative security. In Russia’s case, it believed that the United States was funding, training and equipping Chechen separatists in the Pankisi Gorge, a mountain safe-haven in Georgia. Russian was also convinced that the United States was engaged in a long-running campaign to use new “political technologies” to march popular revolution up to the gates of the Kremlin. The ouster of Slobodan Milosevic, the Rose Revolution in Georgia and the Orange Revolution in Ukraine were viewed by Russa as CIA-organized and -directed popular insurrections designed to ultimately bring regime change to Russia. For its part, the U.S. believed that Russia was supporting Saddam Hussein in Iraq and aiding Iranian nuclear ambitions. Given these perceptions, it is not surprising that counterterrorism cooperation waned.

Compounding distrust, the intelligence cultures and organizational dynamics on each side simply did not mesh well. The U.S. provided Russia with volumes of finished intelligence analysis which Russia found generally worthless. Russia valued operational leads and actionable tactical intelligence that would take enemies off the field. American analytical products had little value or place in their system. On the other hand, the U.S. was frustrated by the paucity of Russian reporting on the issues and targets in which it was most interested. The U.S. found the intelligence Russia did pass was, naturally enough, heavily weighted toward Chechen issues and targets. A general view emerged that Russian intelligence was more intended to influence than to inform.

Absent another galvanizing terrorist attack of the scale of 9/11, a substantive revival of U.S and Russian intelligence cooperation is unlikely. Nevertheless, with relations at a sustained low point, counterterrorism cooperation is again being touted as having the potential to revive the bilateral relationship. Undoubtedly, some exchanges of threat information between intelligence services continue. In 2019, Russia thanked the U.S. for providing threat information regarding a planned attack on Russian soil, and in 2017, Russian President Vladimir Putin reportedly phoned U.S. President Donald Trump to thank him for intelligence passed by the CIA which foiled plans for an attack in St. Petersburg. Likewise, Russia reportedly advised of Boston Marathon bomber Tamerlan Tsarnaev’s extremist tendencies a year and a half prior to the attacks.

Recent headlines carried news of meetings in Helsinki between Chairman of the Joint Chiefs of Staff Gen. Mark Milley and Russian Armed Forces General Staff Chief Gen. Valery Gerasimov to discuss risk reduction. Among the issues reportedly raised was the American use of Russian bases in Central Asia for “over-the-horizon” counterterrorism operations in Afghanistan. The conditions which Russia would likely impose on operational transparency and intelligence sharing likely make this a non-starter. Further, Congressional prohibitions on military-to-military cooperation after the Russian invasion of Ukraine adds another complication, and further highlights the difficulty of de-linking counterterrorism from other issues.

The U.S. and Russia should of course exchange threat information, particularly related to terrorist WMD plans and ambitions. But history teaches us that such cooperation is unlikely to remain anything other than one-off exchanges. The historical pain points in the bilateral relationship are now compounded by a long list of new grievances. America resents Russia’s relentless cyber-attacks, disinformation, election meddling and likely involvement in the Havana Syndrome neurological attacks plaguing U.S. officials overseas. Direct attribution to Russia of these incidents would destroy any prospect of meaningful intelligence cooperation. In turn, Russia resents U.S. sanctions, its support for Ukraine, increasing military presence in Eastern Europe and perceived interference in Russian domestic affairs.

Mutual interest in fighting terrorism simply cannot counter all these negatives to serve as a basis for improved overall bilateral ties. The only real path to improvement in relations lies in addressing the contentious issues that have effectively driven the two countries into a state of conflict.

Article also appeared at russiamatters.org/analysis/global-war-chechnya-what-does-911-teach-us-about-counterterrorism-cooperation-russia, with different images, bearing the notice: “© Russia Matters 2018 … This project has been made possible with support from Carnegie Corporation of New York,” with a footer heading entitled “Republication Guidelines” linking to: russiamatters.org/node/7406, which bears the notice, in part: