The crash of the Russian airliner in Egypt: Theories abound 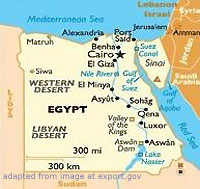 The investigating authorities have not yet released an official explanation of what caused Oct. 31 plane crash in Egypt, which killed all 224 people onboard. However, experts have come up with three different possible explanations of what happened. They share one common thread: the plane broke into pieces while still in the air at a high altitude due to an explosive decompression of the cabin.

A debris from a Russian airliner is seen at its crash site at the Hassana area in Arish city, north Egypt, Nov. 1, 2015. Source:Reuters
As an international commission has begun the work of deciphering the “black boxes” from the crashed Russian passenger plane, experts keep coming up with new possible versions to explain the causes for this disaster. So far, they all agree on one thing – there was an explosive decompression of the cabin.

The business daily Kommersant cited a source from the experts working at the site of the Airbus crash, who said that the decompression and destruction of the aircraft could be due to an explosion in the baggage compartment. They believe that a local bomb explosion could not destroy the plane by itself, but a sharp drop in pressure could have lead to an explosive decompression.

Kommersant’s source made comparisons with the crash of a Pan Am Boeing 747 over Lockerbie, Scotland in December 1988. A terrorist planted a plastic explosive device in a radio cassette player and placed it in a suitcase.

The decompression and breakup of the fuselage could have been caused by a fatigue crack. Fifteen years ago, this plane was involved in an incident at the airport in Cairo. While landing, the pilot tried to straighten out the flight path of the aircraft and sharply raised the nose of the plane, causing its tail to hit the runway.

Perhaps, proponents of this theory suggest, the damage was not fully repaired and went unnoticed by maintenance crews. Such damage can lead to the destruction of an airliner up to decades later, Oleg Smirnov, president of the Civil Aviation Air Transport Infrastructure Development Fund, told the tabloid newspaper Moskovsky Komsomolets. It is known that the Kogalymavia airline bought the plane following this incident.

Another explanation for an explosive decompression could be a faulty engine. If the turbine was destroyed, then its torn-off blades could have penetrated the wing and fuselage. According to experts, the blades of the turbine “fly out with great speed and – moving in the same plane – cut the liner’s wing and fuselage like an angle grinder disc,” Kommersant reports.