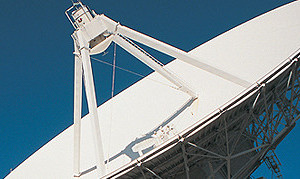 This Monday, the Russian press reports on the import ban on foreign medicines, Rosneft’s taxes, and an attack by Orthodox activists on a Moscow sculpture exhibition.

Kommersant opens with an article on new plans to ban imports of a range of medical products. Several large NGOs, including Vera and Podari zhizn, involved in medical care have written a letter asking the government not to extend the list of medicines banned for state agencies.

Representatives of these organisations have asked the government to create a working group to investigate additions to the sanctions list with the needs of patients in mind. Meanwhile, some analysts are concerned that the healthcare market will shrink as a result of these sanctions, which could lead to the closure of several private producers.

Kommersant follows with a piece about the difficulties over the Ministry of Natural Resources’ plans to curtail the moratorium on additional payments for packaging. Starting in October this year, the ministry plans to introduce payment for 85 kinds of goods. This news has already left industry unions nervous, and their representatives consider the ministry’s plans a violation of the promises made to business previously.

Kommersant also reports on new turns in the investigation into the murder of opposition leader Boris Nemtsov. According to a source from Chechnya’s law enforcement agencies, Nikolai Tutevich, head of the group working on the case, has requested the file on Askhab Murtazaliev, who disappeared in February 2013 after going to see a friend.

According to witnesses, unidentified men in camouflage bundled Murtazaliev into a car and took him away. Murtazaliev is yet to be found. (The police told his family that they wouldn’t help: Askhab was a ‘Wahhabist’.) The newspaper is yet to figure out why exactly Tutevich needs this file, and which suspect might be connected to it.

RBK continues to follow the travails of state oil monopoly Rosneft, which has taken a beating of late. In 2012, head of Rosneft Igor Sechin declared that his company had overtaken Gazprom in terms of the amount paid in tax, but now, following a weak price for crude and a misguided expansion programme, the tides have turned. Apparently, the company may pay 27% less taxes for 2015, or 800 billion roubles (£7.8 billion) less into the Russian state budget, leaving Gazprom the coveted title of ‘Russia’s largest tax payer’.

RBK also reports on the emerging difficulties between regional administrations and the Interior Ministry. For more than a year, the regions have been trying to come to an agreement with the ministry on the Administrative Code-the police are prepared to work only for additional payments from the federal budget. Following reforms in 2011, regional administrative codes became a federal structure, and thus financed from the federal budget.

Finally, the press has also turned its gaze to the scandal caused by Orthodox activists at Moscow’s Manezh exhibition hall on Friday. Led by Dmitry Enteo, activists from the group Bozh’ya volya (God’s Will) burst into the exhibition hall, shouting slogans and pushed several sculptures by Vadim Sidur onto the floor. In an editorial for Moskovsky komsomolets, Mikhail Rostovsky suggests that the conflict between religious activists and artists is far from random: rather, it is the logical result of the state’s inability to regulate relations between art and religion.

‘After all, if the Russian state avoids this problem, then there will be a whole series of ones just like it around the corner. If the demonstrative dismissal of judicial process is left unpunished, this will create a sense that “everything is permitted” in society.’