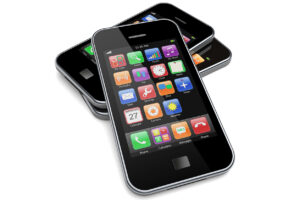 Russians are receiving spam text messages offering huge rewards in exchange for information about their country’s efforts to interfere in the United States’ presidential election.

News of the SMS messages came after U.S. Secretary of State Mike Pompeo announced the $10 million reward in an attempt to prevent foreign interference in the November vote, pointing to efforts by “Russia and other malign actors.”

Screenshots of the texts, apparently sent by the U.S. State Department, have been shared on social media by Russians living as far west as Yekaterinburg in the Urals region and as far east as Vladivostok on the Pacific coast, the TJournal news website reported.

“The U.S. State Department is offering up to $10 million for information about interference in the U.S. presidential election,” the text message from an unknown sender reads in Russian.

It contains a link leading to a verified Russian-language Twitter account for the U.S. Rewards for Justice (RFJ) Program, which offers bounties in return for information about threats to U.S. national security. The account was created in February.

A State Department representative confirmed to The Daily Beast that the messages are real, saying it is “advertising a reward offer through SMS messages and a variety of other communications tools and techniques.”

Russian Foreign Ministry spokeswoman Maria Zakharova accused the U.S. of hypocrisy and joked that the State Department’s website would soon be overwhelmed by people denouncing it.

“By calling on people to speak about interference in American elections for money, the American special services are unceremoniously interfering in our life,” Zakharova wrote on Facebook. “What is this if not a real hybrid attack?”