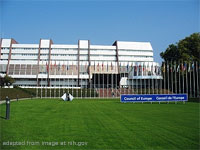 MOSCOW, April 4 (RIA Novosti) – The Parliamentary Assembly of the Council of Europe (PACE) seems to be gradually softening its stance toward Crimea’s reunification with Russia, the head of the Russian delegation to the assembly told journalists Friday. “There’s been a certain shift in the attitudes of political groups. Some national delegations feel there’s no need to force Russia […]