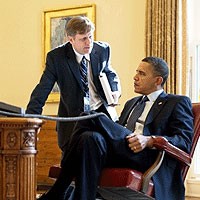 A series of senior US officials have called on Obama to cancel the scheduled meeting with Putin amid an apparent deterioration in the bilateral relationship between the two countries after Russia’s decision last week to grant asylum to fugitive US intelligence expert Edward Snowden.

White House spokesman Jay Carney said Thursday Obama was “evaluating the utility” of the meeting with Putin, which is due to take place before the September G20 summit in St. Petersburg. US television network NBC ran a report Sunday claiming Obama had already decided to cancel the meeting.

Snowden, who is wanted by Washington for leaking details of secret state surveillance programs, was given temporary asylum in Russia last week after reportedly spending over a month living in the transit zone of Moscow’s Sheremetyevo Airport. Putin has repeatedly said Russia will not extradite Snowden to the United States, where he could face the death penalty.

Moscow’s decision to provide a refuge for Snowden, a former CIA employee, has provoked angry criticisms from a string of US officials, and prompted calls for Obama to cancel the meeting with Putin, and even pull out of attending the G20 summit in St. Petersburg.

US Senator John McCain, a consistent Kremlin critic, called the Snowden asylum decision “a slap in the face of all Americans,” in a statement on August 1, while Senior Democrat Senator Chuck Schumer compared Putin to a “schoolyard bully” on Sunday during an interview with CBS television network, adding that United States-Russia relations were now “more poisonous than at any time since the Cold War.”