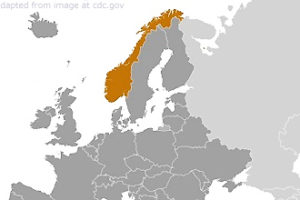 “‘The whale was really friendly and came up to us and started opening its mouth, and just checking us out,’ a Norwegian official said.”

“… A beluga whale – found in Arctic Norway with a camera harness strapped to its head – has been joyously seeking out human contact and is in no hurry to swim back …. The whale became a worldwide espionage sensation … with a harness … that could have fitted a small camera, marked with the words ‘Equipment St Petersburg,’ raising suspicions the whale was working as a Kremlin spy. More likely … [a Norweigian official] theorized, this whale is from a notorious whale operation in Siberia that once trapped massive maritime mammals for sale to aquariums. That so-called ‘whale jail’ has since been disbanded with its operators haphazardly dumping evidence. …”

Click here for: “A Russian ‘spy whale’ is having too much fun to leave Norway; ‘The whale was really friendly and came up to us and started opening its mouth, and just checking us out,’ a Norwegian official said.” – NBC/ Tony Brown, David K. Li