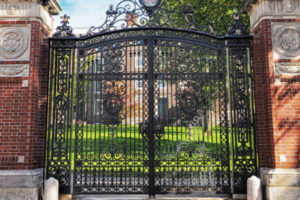 “A rocket scientist in the Soviet Union, he became a U.S. citizen long after the Cold War ended. ‘I’m not a defector,’ he said. ‘I like this country.'”

“Sergei N. Khrushchev … former Soviet rocket scientist … son of Nikita S. Khrushchev … died … June 18 at his home …. He was 84. The Rhode Island medical examiner’s office said the cause was a gunshot wound to the head, according to [AP]. … [P]olice said there were [otherwise] no signs of foul play. His wife, Valentina Golenko, had called the police to report an emergency … [H]e was pronounced dead at the scene. … Khrushchev had been a rocket scientist before … mov[ing] to Rhode Island in 1991, shortly after the dissolution of the Soviet Union, to lecture on the Cold War at Brown University …. He remained a senior fellow there. …”

Click here for: “Sergei Khrushchev, Son of Former Soviet Premier, Dies at 84; A rocket scientist in the Soviet Union, he became a U.S. citizen long after the Cold War ended. ‘I’m not a defector,’ he said. ‘I like this country.'” – New York Times/ Katharine Q. Seelye