JRL NEWSWATCH: “Made men; The enduring grip of the men-and mindset-of the KGB” – The Economist

A meticulous account of Vladimir Putin’s consolidation of power in Russia.

“… as [Catherine] Belton shows [in Putin’s People], the continuity between the Soviet agency that nurtured … Putin as a young officer, and the security-based behemoths that bestride today’s Russia lies less in institutions than in mentality. … that believes anybody can be turned; that advantage can be sought in any situation, including anarchy; … that collaboration on ever-shifting terms is possible with any partner, from organised crime to Christian clergy. … Belton … traces the links between … 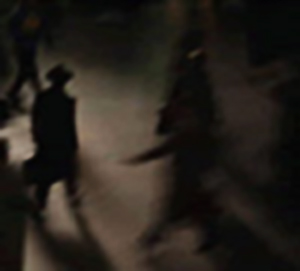 Putin’s formation in the KGB world, his early career as a cold warrior in East Germany and his increasingly open confrontation with the West. …. The book charts the milestones … the string of lethal bombings … coincid[ing] with … Putin’s ascent in 1999; later acts of terror in the Caucasus and Moscow; the crash of 2008 that hit Russia hard; … Putin’s re-election in 2012; … intervention in Ukraine in 2014 … ensuing sanctions. … Belton explains how these developments affected the Russian elite. The pivotal event … was the downfall in 2003 of Mikhail Khodorkovsky, boss of … Yukos ….”

Click here for: “Made men; The enduring grip of the men-and mindset-of the KGB; A meticulous account of Vladimir Putin’s consolidation of power in Russia” – The Economist [discussing Putin’s People. By Catherine Belton. Farrar, Straus and Giroux; 640 pages; $35. William Collins; £21.99.]